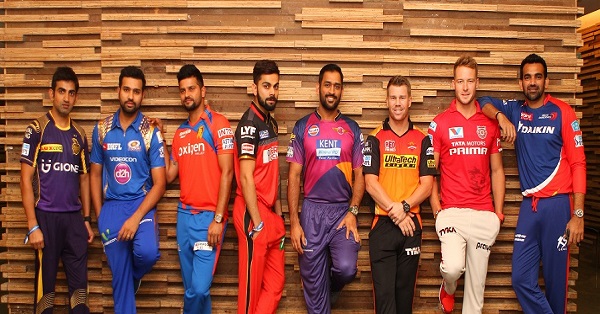 Indian Premier League shortly known as IPL is a cricket tournament played in 20 overs format. It is held every year during April and May in India (except 2009 & 2014). IPL was founded by Lalit Modi, a member of BCCI at that time. This year’s IPL is the 9th edition of the tournament and is played with 2 new teams, one from Gujarat and other from Pune.

Vivo is the title sponsor for IPL 2016 and is all set to start on 9th of April. So here presenting you 25 facts about the Indian Premier League. 2. Mahendra Singh Dhoni is the only player to Captain his team in all the editions of the tournament. 3. Suresh Raina has never missed a Match for his Franchise in IPL. 4. Out of 13 teams which took part in IPL, 5 different teams have managed to win the Trophy at least once. Only 2 Indians have won the Orange cap (given to a batsman who scores most number of runs in a single edition) in all 8 editions of the IPL. 6. Chris Gayle remained UNSOLD in 2011’s IPL Player Auction. Later he was taken by RCB as a replacement to injured Dirk Nannes. 7. Gayle is the only Player to win 2 Orange Caps in IPL.

After replacing Dirk Nannes in RCB, Gayle won the Orange cap for two successive years in 2011 & 2012. 8. Gayle & Michael Hussey hold the record for most number of runs in a single edition – 733 Runs. 9. Chennai Super Kings was the only team to reach the Playoffs in all previous 8 editions 11. Rohit Sharma & Yusuf Pathan have lifted the IPL Trophy 3 times, most by any player. 12. Of all the Teams who have 4 or more years experience in IPL, Delhi Daredevils is the only Team to NOT reach the IPL Final at least once. 13. Parthiv Patel has played for 6 different Teams in 8 years of IPL, most by any player. 15. Total number of Centuries recorded in 8 editions of IPL – 34 16. Chris Gayle has scored 5 Centuries in IPL, most by any player. 18. Raina leads the list for most runs scored and Gayle occupied the Top spot for highest Individual Score 19. Some more Batting records in IPL 20. Lasith Malinga has taken most number of wickets and Sunil Naraine has the best Economy rate.

21. Some more Bowling records in IPL

22. Amit Mishra has 3 hat tricks in IPL, most by any player in IPL 23. DJ Bravo has taken the most number of wickets (32) in a single edition. He also has won 2 Purple Caps, most by any player. 24. Sarfaraz Khan is the Youngest player & Brad Hogg is the Oldest player to play in IPL.

Sarfaraz was just 10 years old when IPL was started. At the age of just 17, he got a chance to play with the likes of Chris Gayle, Virat Kohli etc.

At 44 years old Brad Hogg is the oldest player to play in IPL. Did you all these facts about IPL?

Share your views and tell us how much are you excited for IPL?

SHOCKING: Shoe Attack On Delhi CM Arvind Kejriwal During Press Conference! Watch Video
Next Time You Drink And Drive, You Will Have To Face A Punishment You Wouldn’t Have Ever Thought Of!