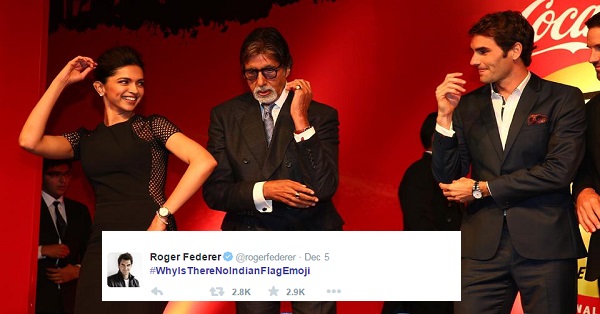 We all knew that Roger Federer is one of the Greatest Tennis Player of All Time. With 17 Grand Slam Titles more than anyone else , he has been ruling the Tennis over the past Decade. He was born on 8th August 1981 in Switzerland. He turned pro in 1998. He plays right handed and is a master in playing one-handed  Backhand. He plays for his country Switzerland in Davis Cup. Roger Federer is a down to earth man. He is very simple and doesn’t own a Private jet even though he is the most paid athelets in the world.

He joined  Twitter on 24 May 2013 and ever since he joined it he tried to be active with his Fans. He was very excited in doing #AskRF Sessions on Twitter. He has Tweeted more than a 1000 times.

Here we bring you 25 of the Best Tweets including Replies from the Great Man.

2. Craze to watch the Great Man

@rogerfederer, Hi, Roger, you have to see this! The Chinese fans desperately want to watch your practice today! pic.twitter.com/3cQewcjA4a

@journo_pratik India is incredible, I would love to see more of it.

@rihanthony focus. i don't check my phone during matches 🙂

.@momentary_mind I used to take piano lessons and today would love to play the guitar or the saxophone #askrf

[email protected] I have but they don't listen to me! #BadCoach #askrf

9. This is Damn True

@rogerfederer make a second round of #AskedRF

I tried to sneak a picture of Seve and @stanwawrinka during the press conference. You think they noticed? #stealthy pic.twitter.com/o54cmSMB72

@rogerfederer – Keep lot of #Pens with u ink will run out of stock , #Autographs , all of us want that minimum 😉 Check Out the Full Timeline of #PhotoshopRF Here

Blown away by the hilarious and creative #PhotoshopRF's. Too many to pick favorites, but I had to make a collection: https://t.co/9NdKZZ1PZH

Do Let us know your Comments.