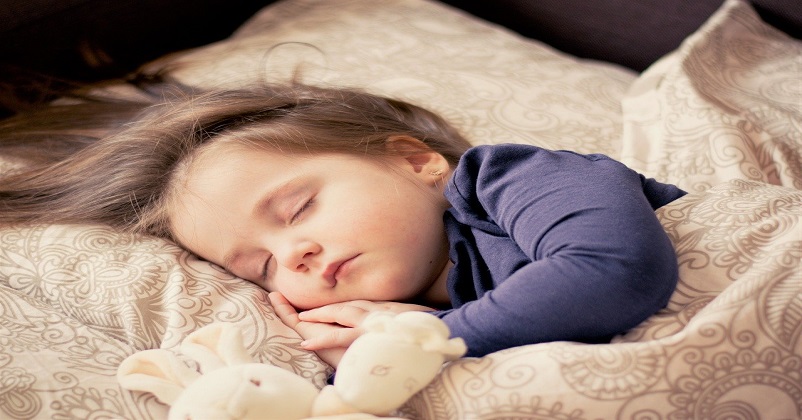 Gone are the days when kids would sleep early because, with the intrusion of technology, even adults don’t go to bed on time. If you are reading as a concerned parent, we’re glad to have you here. Traditionally, parents would put their kids to bed by 8 pm, so they could easily wake up early in the morning, but now everything has changed. Even parents are obsessed with their phones all the time, which is why children aren’t taken care of properly. As a parent, you must know that it is imperative for your child to get adequate amounts of sleep. If your child is sleep-deprived for a long time, it will have a negative impact on his/her health. In this feature, we will guide you through some compelling reasons to put your kids to bed on time:

As a parent, you must have witnessed the mornings when your kid suddenly appeared to be bigger than when you saw them last night. In simple words, the growth hormone works during the night, which is why you witness your munchkins growing really fast. Mother Nature has protected the babies in a way that their maximum growth during childhood comes from spending half of their time sleeping. This means, if your little one sleeps for more than 8 hours a day, there is no need to panic. You’re the one who’s got loads of work, not the little munchkin. One of the leading reasons behind many children having growth deficiency is because they don’t get adequate amounts of sleep.

2. Sleep has an Impact on the Weight

There’s enough evidence that proves that getting inadequate sleep can easily make children engage in obesity. Secondly, you need to understand that obesity is a rampantly thriving issue across the world, so it is imperative for you to protect your kids from it. Make sure your kids don’t eat very late at night, otherwise, it will have a negative impact on their weight. Feed them lighter meals during the night time if they’re hungry. Right now, obesity amongst young children is a major issue that is becoming a stumbling block in their bodily growth. Secondly, don’t forget to observe parental control because you need to keep an eye on your kids when they’re browsing content online.

3.Sleep Reduces the Risk of Injuries

Not to forget, kids are hyperactive and clumsy when they don’t get enough sleep. This is the main reason why thousands of kids end up hurting themselves throughout the day around the globe. A recent study found children with fewer sleep hours were more inclined towards engaging in injuries as compared to those who did get enough sleep. Around 91% of kids who were less than 12 months had fewer sleep hours than those who were safe. As a parent, you need to restrain your kids from engaging in technology and other activities too much. Young age is a time when the little munchkins need enough sleep and attention from their parents.