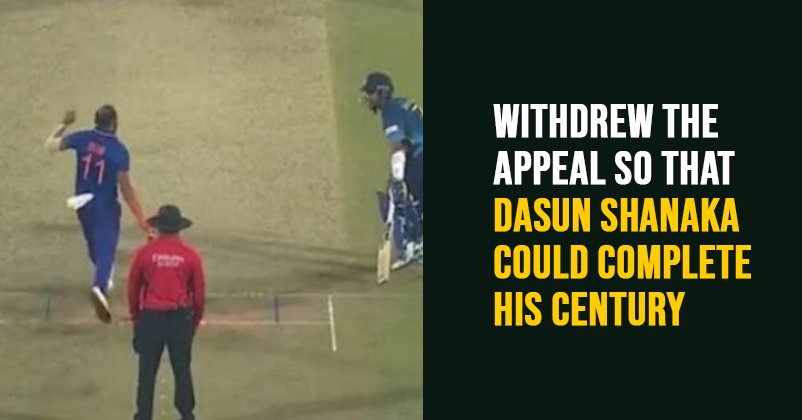 The Indian cricketer Ravichandran Ashwin was slammed a lot when he mankaded Rajasthan Royals batter Jos Buttler in an IPL match in 2019 as many felt that it was against the spirit of the game. Nevertheless, it didn’t affect the Indian spinner at all as he stated that whatever he did was within the laws of the game and he will do it again if he gets the chance. 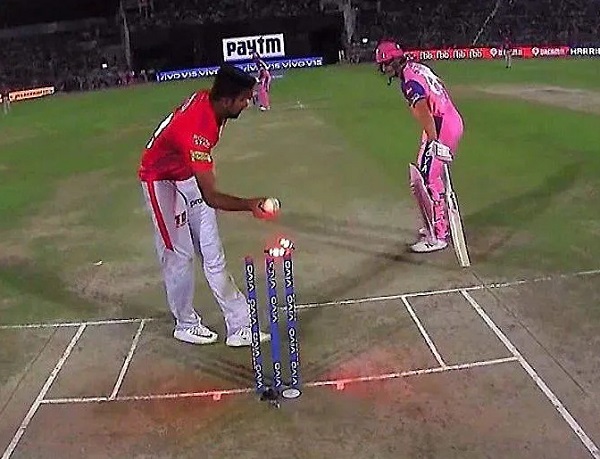 However, times have changed now and in the present scenario, mankading has been declared as a mode of run-out while earlier it was referred to as run-out at the non-striker’s end. The former Indian cricketer Sachin Tendulkar has also spoken in this regard and he has made his stance very clear by saying that whatever is within the rules of the game, it is called spirit of cricket.

Sachin Tendulkar (in Sportstar) said "Whatever you are playing within the rules of the game, that is called Spirit of cricket".

This is the most recent incident which took place in the first match of the ongoing 3-match ODI series between India and Sri Lanka. The Indian pacer Mohammed Shami removed the bails at the non-striker’s end as the Sri Lankan skipper Dasun Shanaka was out of the crease even before Shami bowled the delivery but the Indian skipper Rohit Sharma withdrew the appeal as he felt that Dasun Shanaka who was at the score of 98 at that time deserved to score a century as he played very well. As India’s win was already confirmed by that time, so this decision had no impact on the result of the match.

Not many captains would do this but hats off to ⁦@ImRo45⁩ for withdrawing the appeal even though the law says so! Displaying great sportsmanship 👏 pic.twitter.com/Dm2U3TAoc9

In an Under-19 T20 match of the Indian women’s team which was against South Africa, the Indian bowler Mannat Kashyap dismissed Proteas batter Jenna Evans by running-out at the non-striker’s end in the 17th over of South African innings. Though the on-field umpire didn’t make any delay in giving the batter out, the Indian skipper Shafali Verma chose to call Jenna Evans back and withdrew the appeal.

This incident took place in the 3rd ODI between India and Zimbabwe which was played at Harare when the Indian team went on the tour of Zimbabwe. Though Indian pacer Deepak Chahar dismissed Zimbabwean batter Innocent Kaia by running him out at the non-striker’s end but he didn’t appeal for it and left Innocent with a warning. While Deepak Chahar was praised by some people for behaving as per the spirit of cricket, many slammed him for not playing according to the rules.

Ravichandran Ashwin may have made headlines for mankading Jos Buttler in the IPL 2019 but this was not the first time that he had run-out the batter on the non-striker’s end; in 2012 too, he did the same thing in a match against Sri Lanka. During a match in Commonwealth Bank tri-series, Ashwin mankaded Sri Lankan batter Lahiru Thirimanne as he was way out of the crease but after Sachin Tendulkar’s interference, the then skipper Virender Sehwag called the batter back.

Following the uproar over Ravi Ashwin's IPL 'Mankad', here's a look back at an incident from a 2012 ODI against Sri Lanka at the Gabba pic.twitter.com/IRR528s0ha

Was withdrawing the appeals the correct decision? What is your take? Do let us know.

“Virat Is A Cricketer Who…” Ashwin Reveals Reason Behind Kohli’s Lean Phase & You Might Agree
Robin Uthappa Slams Management For Constant Changes In Team, Blames It For Poor Performance