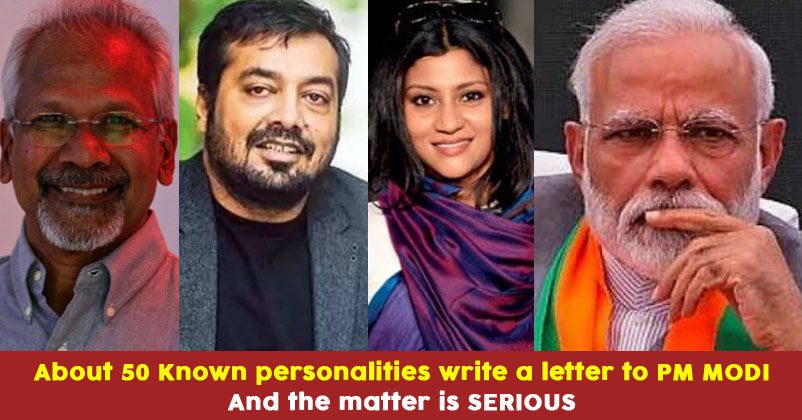 49 eminent personalities including celebrities from the film industry, writers and social workers have written a letter addressed to the Prime Minister of India Narendra Modi. The celebs showed their concern over growing mob lynching cases in the nation and appealed to the PM to take strict actions against it.

With facts and figures the celebrities mentioned in the letter, dated July 23, that “Jai Shree Ram” has become a war cry in the country. 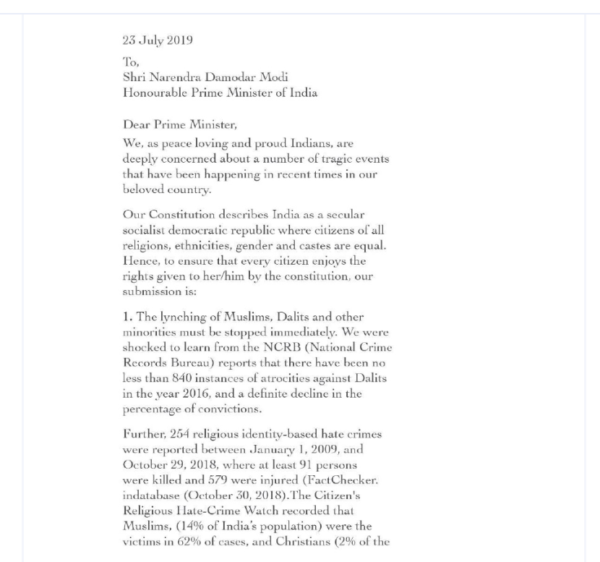 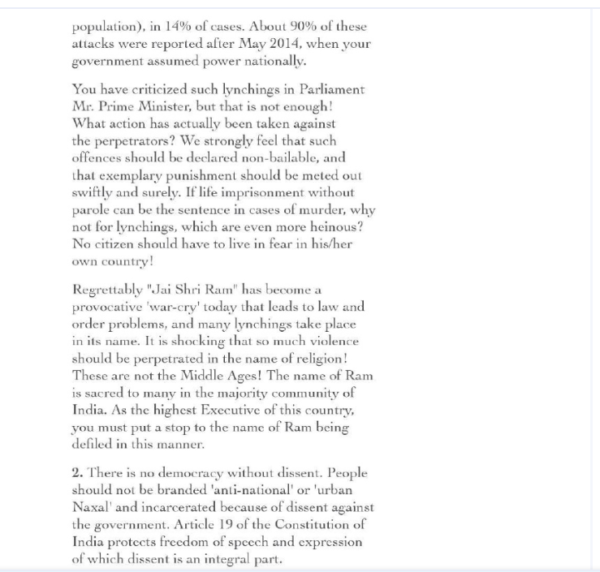 The letter read, “It is shocking that so much violence should be perpetrated in the name of religion! These are not the Middle Ages! The name of Ram is sacred to many in the majority community of India. As the highest Executive of this country, you must put a stop to the name of Ram being defiled in this manner,” they said in the letter.

It also said: “there is no democracy without dissent.”

The letter added, “People should not be branded ‘anti-national’ or ‘urban Naxal’ and incarcerated because of dissent against the government. Article 19 of the Constitution of India protects freedom of speech and expression of which dissent is an integral part.”

“Criticising the ruling party does not imply criticizing the nation. No ruling party is synonymous with the country where it is in power. It is only one of the political parties of that country. Hence anti-government stands cannot be equated with anti-national sentiments. An open environment where dissent is not crushed only makes for a stronger nation.”

It concluded with, “We hope our suggestions will be taken in the spirit that they are meant – as Indians genuinely concerned with, and anxious about, the fate of our nation.”