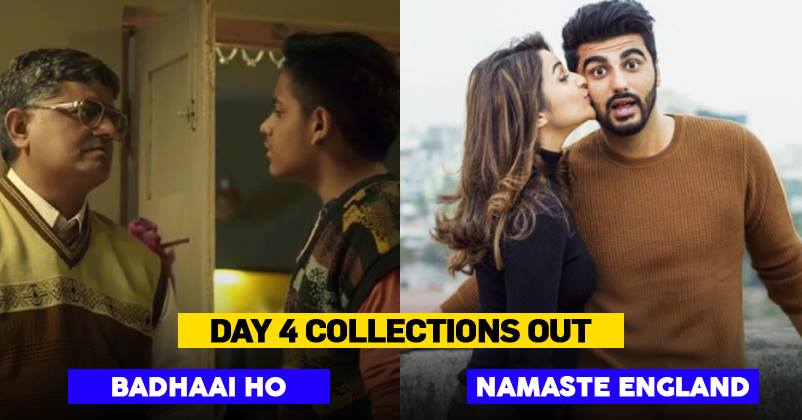 Bollywood actor Ayushmann Khurrana is on a roll as his two movies that released back to back are performing well at the box-office. His performance in the movie “Andhadhun” was praised by audiences and critics and in “Badhaai Ho” also, he is getting appreciated for his acting. Sanya Malhotra and Neena Gupta have also played important roles in the flick.

The box-office performance of “Badhaai Ho” has been phenomenal as in four days of extended weekend, it has earned around Rs 45.04 crore. The movie got a good opening on 18th October, Thursday, as it earned Rs 7.29 crore; the earning increased to Rs 11.75 crore on Friday and on Saturday, it collected Rs 12.50 crore. 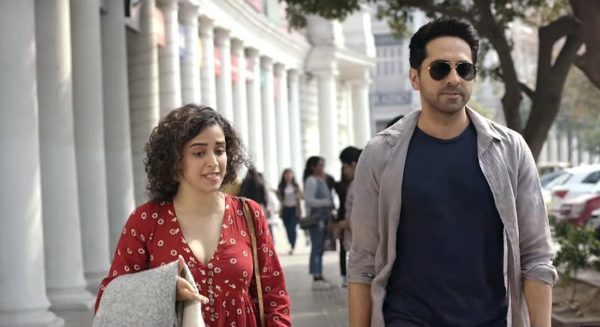 Talking about the collections of “Badhaai Ho” on Sunday, its earnings have been recorded as Rs 13.50 crore, totaling the amount to Rs 45.04 crore till now.

Here a noteworthy point is that the total would have been more if the film had released in Madhya Pradesh as well where the cinema halls have been shut down because of strike.

On the other hand, Arjun Kapoor and Parineeti Chopra starrer “Namaste England” has performed pretty badly on the box-office. It started with Rs 1.50 crore on day 1, the earnings increased a little on the second day as it collected Rs 2 crore and on the third day, the collections dipped to Rs 1.25 crore. 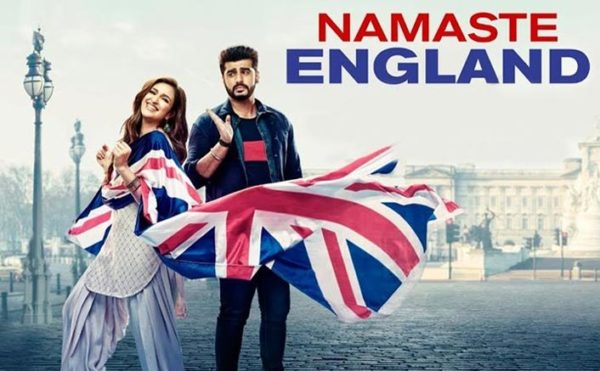 On the fourth day, “Namaste England” minted Rs 1.35 crore and hence the total collections of the film become Rs 6.10 crore. 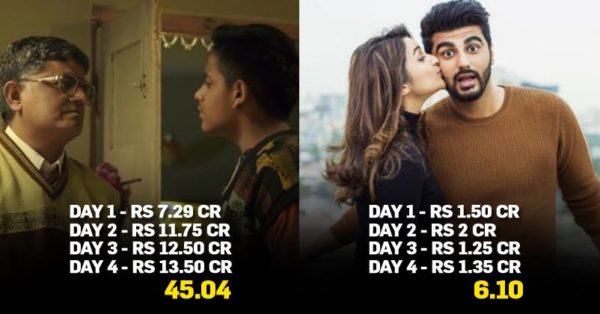 This is quite low considering the fact that it is touted as the sequel of Akshay Kumar and Katrina Kaif starrer “Namastey London” and casts the pair of Arjun and Parineeti that was loved by audiences in “Ishaqzaade”.

Well, content seems to have become more important for viewers now rather than star cast and it is a welcoming change. What do you say?

Anup Asked Salman To Throw Surbhi Out Of Bigg Boss. Twitter Is Divided On Surbhi’s Stay In House
Fans Of Priyank & Benafsha Slammed Divya & Varun For Faking Their Heartbreak With Ex-Partners