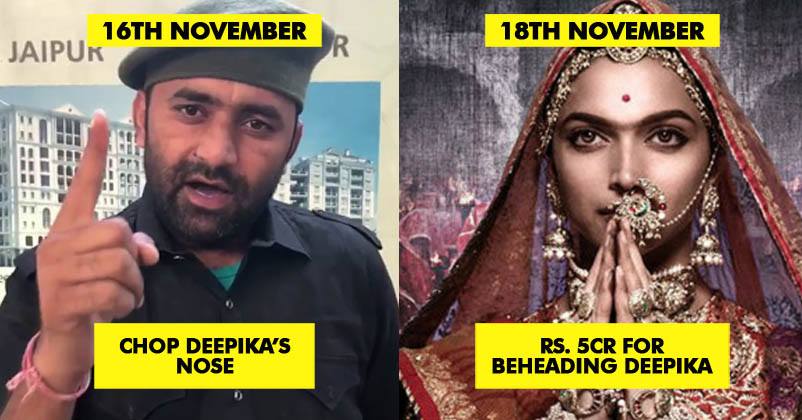 The film Padmavati has been surrounded by a lot of controversies already. The makers had to face the ire from Shri Rajput Karni Sena, who felt that the film shows Rajputs in negative light. Security of Deepika Padukone has been beefed up, as she received a threat of her nose being cut. 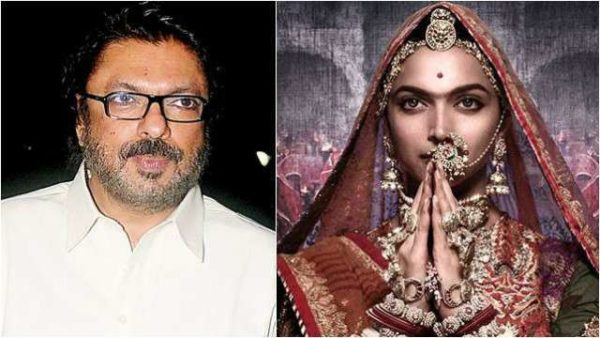 Makers are being blamed for distortion of historical facts and there are threats coming from everywhere. Just couple of days back, Mahipal Singh Makrana, the Karni Sena leader said that Deepika’s nose would be chopped off just like ‘Surpanakha’ if she doesn’t stop playing with people’s sentiments.

After this, Chatriya Samaj has issued another threat. A reward of 5 crores has been announced for anyone who beheads Sanjay Leela Bhansali and Deepika Padukone.
Yes, Thakur Abhishek Som (Officer of Chatriya Samaj) has announced this reward, further causing troubles for the makers.

Thakur Som asked Deepika to leave the country or face the consequences. He issued the same threat to Sanjay Leela Bhansali too. Som stated,

“The role played by Deepika has hurt the sentiments of Rajput women. No Rajput woman dances in public. Director Sanjay has no knowledge of the history of Rajputs in the country. He has distorted historical facts and should be punished.”

“Anyone who brings the head of Sanjay Leela Bhansali and Deepika Padukone will be rewarded with Rs 5 crore. Padmavati had sacrificed her life with 12,000 other women in mass immolation (jauhar) and Bhansali has raised a question on her courage by showing her in a bad light in his film. This is unacceptable. Either both of them should leave the country or get ready to be beheaded.” 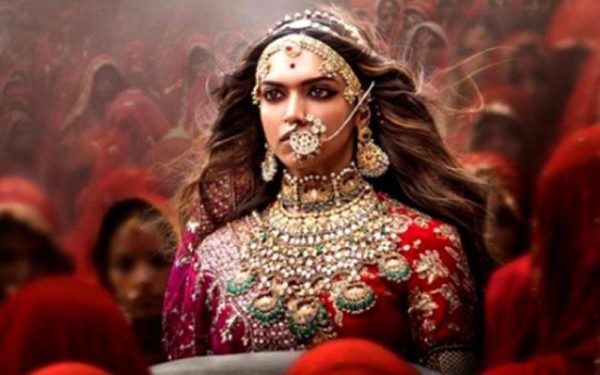 Police have booked Chauhan under section 115 (abetment of offence punishable with death or imprisonment for life) and section 505 (statements conducing to public mischief). Very soon they will arrest him.

People Slammed Aditi Rao Hydari For Supporting Padmavati, She Had A Perfect Reply For Trollers
SRK’s Alibag Farmhouse Lands Him In Another Trouble. Raigad Collector To Take Legal Action