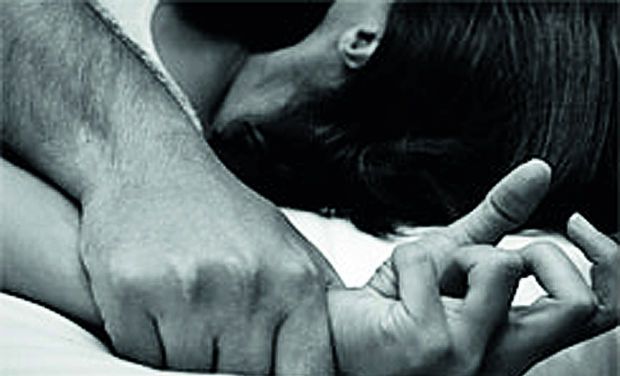 Yes. A woman is more responsible than a boy if she is being raped or sexual assaulted by any means. She should not roam late at night with her friends. Discos and parties are not meant for her. She is rather meant to stay at her house and gets herself busy doing household work only. Going to office everyday is not her kind of thing. These are meant for only men.

Now coming to the outfits she wears. She should not wear body hugging tops, low waist jeans, tights, shorts, and not even sleeve less tops. A girl wears these outfits to seduce men only. There is no fault in those eyes of that man who ogles at girls wearing shorts and tights. If she could flaunt her body then what’s wrong with the man? Right?

Ohh yes, there’s nothing wrong, and it’s because she is a woman. It is the biological fault that women had evolution with this body structure that whatever may be the reason a woman is always responsible for rape and not a man. So, it’s not a big deal. Not a big deal at all if a 2 year old little girl gets raped, if a 3 year old girl raped. No issues at all if old women of 80, 90 and even 100 year of age get raped.

1. 2 Year Old Girl Raped- Quite Seductive Than Her Age

A 29 year old boy gets seduced enough that he could not stop himself from raping a 2 year old baby girl. Oh right, I forgot that it is possible that a two year old girl sometimes allowed by her parents to roam freely around without clothes. So, it’s quite natural that the rapist got seduced by her and couldn’t help raping her. The incident took place in HRS layout in South East Bangalore. The parents of the victim are labourers and the accused is their neighbour who works in a private firm.

2. 3 Years Old Girl Raped- Her School Uniform Might Have Too Bold To Intensify Him

A 27 year old school attendant, Nagaraj alias Nagarajappa, allegedly raped a 3-year-old girl on the school campus in East Bangalore on November 26. Investigation revealed that he raped the girl on October 22 too. It seems that the rape convict is quite good with tha kids as he lured the girl with a chocolate to come with him. He took her under a half-constructed building and raped the girl twice. See, how honest he is!

3. 80 Year Old Woman Raped – The Mentally Ill Woman Was An Easy Prey For Him

A youth, Shankar Singh convicted for raping a mentally challenged 80-year-old woman, in Mansarovam Garden in West Delhi, has been jailed for rest of his life by a Delhi court. The victim was sleeping outside her house when the convict alleged raped her inspite of being in persistent vegetative state. What could be a ghastly crime than to rape a woman who could not speak, move or respond? The convict imposed a fine of Rs. 50,000 and got whole life imprisonment. Is that punishment is enough for him?

Oh, that is perfect. Guys, he lost his wallet. So, it’s quite natural that he was tensed. And most probably out of tension he raped his friend’s grandmother whom he suspected of stolen his wallet.
A 90 year visually challenged woman got raped by 27 year old Prabhu Nadar in Chembur in October 14, 2014 in drunken stupor. She said she tried her best to fight him but he overpowered her. Where’s humanity that these criminals are not sparing even a blind woman?

5. This is not the height of brutality. The list continues with a 100 year old woman.

So, what do you think? All of them, the two little girl and three old women are responsible of being raped, right?

If you still think, it’s girl who is far more responsible than a boy for rape then change your mentality. Men should control themselves. Why don’t we see Girl raping a boy, when boy wears shorts or open their shirts? It’s because Girls know their limits & it would be good for our society if Men will also stay in their limits.

Feel free to share your views in comments section below.