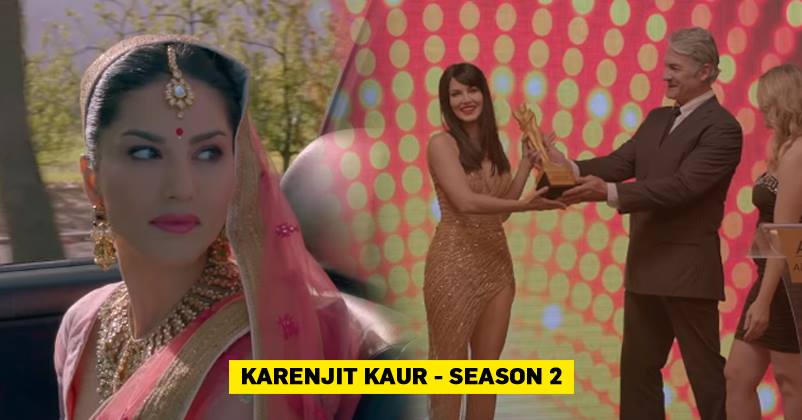 Back in July this year, Sunny Leone’s biopic titled ‘Karenjit Kaur– The Untold Story of Sunny Leone’ released on ZEE5, Zee TVs new online platform. The show features Sunny Leone starring as herself, going through all the important phases of her life and creating a heartfelt journey that was loved by people all over the country. The web series garnered millions of views during the first week itself, with the show being watched in 6 different languages. Keeping the success in mind, it is no doubt that ZEE5 has come out with the 2nd season of the web series. The web series starts where the 1st one ended, with her husband, Daniel Webber entering her life.

The captivating and heartfelt struggle of Sunny Leone through her early teen years is very inspiring. This season, the web series features Sunny getting married to Daniel alongside more details of her personal life that have never been explored before. The show was released this September 18 in 6 different regional languages including Tamil, Telugu, Malayalam and Bengali.

Sunny is a marvel of a woman with superb determination and survival spirit. Despite facing such daunting challenges and struggles during her early years, Sunny managed to create an excellent life for herself, full of love and family. This inspiring story is sure to make you rethink your choices and get a different perspective on life. The second season deals with more personal aspects of her life that were close to her and affected her on a bigger scale.

Despite a dysfunctional family that was trying very hard to stick together, Sunny managed to find a way out of that too. When the family moved to America they had very little to no resources. The family was struggling to make ends meet and her mother was slowly slipping away into depression and alcohol. Karenjit determined to change things for herself and her family, decided to take her first step towards the adult industry and never looked back.

4- Her Brother, Her Spine

Sundeep who is Sunny’s brother is the source behind her on screen name ‘Sunny Leone’. Because of the close bond that the siblings shared, Karenjit decided to embody her brother’s nickname ‘Sunny’ as her on screen name. What’s more is that in pure sibling fashion, Sunny told Sundeep about it when it was all done and sealed in contract. Sundeep has been really supportive and sets an amazing example for all the brothers out there. It remains to be seen Sundeep’s involvement in the Season 2 and what equation does he have with Daniel.

With an exceptional direction and production value, the show will transport and teleport you through different phases of Sunny’s life, with exemplary ease. The cast is rather mature and talented which brings out the story much better, thanks to the exceptional cinematography. With an average score of 8.5 on IMDB, the web series has gained a lot of publicity and the second season promises the same. With Danny and Sunny’s wedding on the table, fans are excited to see how the couple eventually met and ended up tying the knot together.

All in all, people of this country often judge a book by its cover and that’s what happened with Sunny when she first entered the industry. Although she faced a lot of criticism and backlash for her previous profession, she proved to us that it does not make her who she is. If you have been stereotyping Sunny all this while, ‘Karenjit Kaur – The Untold Story of Sunny Leone’ might be an eye opener for you. Head over to Zee 5 to stream the show now. So download now and subscribe to the ZEE5 to stream the show, anytime and anywhere in your language.

Continue Reading
You may also like...
Related Topics:Karenjit Kaur 2

Disha Patani’s Latest Instagram Picture Is Making The Fans Crazy. She Looks Fab
10 TV Shows That Will Go Off Air By The End of This Month