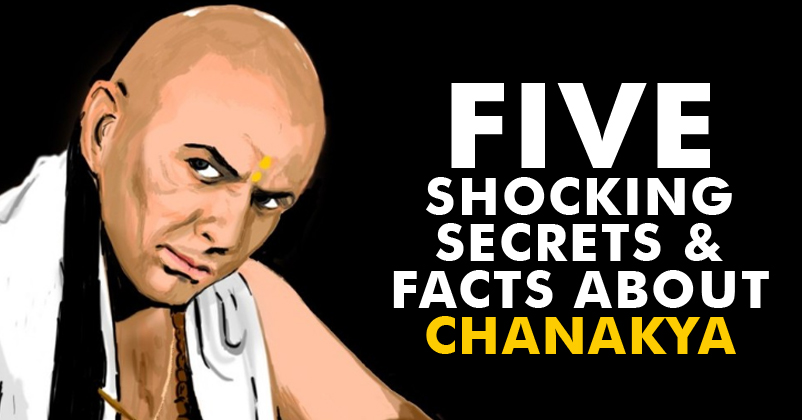 Acharya Chanakya was an intelligent and clever teacher, philosopher, economist, jurist and royal advisor of ancient India. He is also given the name Kauṭilya or Vishnugupta. He is considered as the pioneer of political science and economics in India. His book “Arthashastra” is still being referred and followed in many Indian institutes. Acharya Chanakya was undoubtedly a great economist and revolutionary. He had great command on the fields of economics, ethics, philosophy and Politics. Though his teachings and sayings are nearly 2000 years old, they still are relevant to the present situations and many people are following his teachings in their lives. Chanakya was the man who was responsible for creating the first biggest and greatest Indian empire with the help of Chandragupta Maurya, who became the emperor when he was just 19 years old. The command of Chanakya on politics and philosophy helped him in making Chandragupta Maurya, one of the greatest Kings of India.

2. Chanakya was extremely Clever and intelligent. Chanakya was blessed with extremely intelligence and great intellect. He could make plans in such a way that he had hundreds of back-ups of every situation. He could think way ahead as compared to a normal person. His intelligence was the reason that he could create India’s first largest kingdom. Apart from politics, Chanakya even acquired the knowledge of medicine and astronomy. He had a mastery on “Samudra Shastra” by which he could judge and analyze what a person is thinking by only looking at the facial expressions.

3. Chankya’s thoughts on women were objectionable and derogatory The great scholar, Chanakya said that women could not be trusted or they have inherent tendencies of “low moral character and falsehood”. Though this is not applicable for all women. According to him, “A good woman is one who is pious, expert in household chores and true and faithful to her husband”. It draws the attention towards the flaws in a woman’s nature – He doesn’t say that ‘every’ woman is of flawed nature nor does he imply that men are completely flawless.

4. Chanakya was a shrewd and cunning politician. Apart from being a famous scholar and economist, Chanakya was a shrewd and cunning politician. According to a book called ‘Chanakya’s Chant’, which was written by Ashwin Sangi, Chanakya united the kingdoms of India against the attack of Alexander the Great. , He raised an army of young girls also known as ‘Vishakanyas’, which he used very effectively against his enemies and those girls were given proper and lethal training right from their childhood. Those girls were given a small amount of poison with food so that their body and immune system could become resistant to the ill effects of the poison and could survive in hardest of the conditions. Chanakya used them to seduce and kill his enemies by kissing as even a kiss of these girls was highly venomous. Chandra Gupta Maurya during his last days took himself to an ascetic life and his son Bindusara succeeded Chandra Gupta in the throne. However, Chanakya continued to be the chief advisor for Bindusara, but a terrible plot was constructed to create enmity between Chanakya and Bindusara. And the mastermind behind this plot was Subandhu, the minister of Bindusara. He didn’t like the fact that Chanakya was given more respect than him by Bindusara. Subandhu somehow convinced Bindusara to believe that Chanakya killed his mother in a treacherous manner. This created severe differences between Bindusara for Chanakya. Chanakya was unable to digest the behavior of Bindusara whom he loved the most. Therefore, he left the palace and starved himself to death.

10 Things Science Has Got Totally Wrong!
10 Amazing And Lesser Known Facts About Mahabharata!