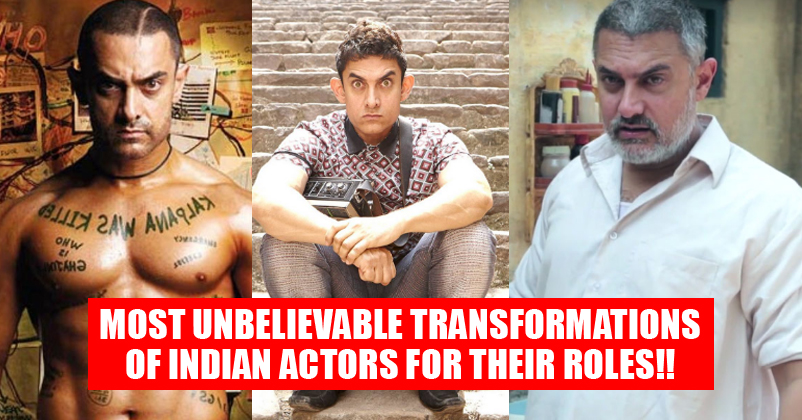 If you’re one of those people who look at the actors and say their job is really easy. If you’re someone who thinks that actors are paid much more than they deserve. Then today after reading this article, you’ll change your mind. A career in Bollywood is never easy, it’s very challenging and sometimes very short-lived. Acting is a serious business, the actors have to live up to the expectations of their fans, they too have deadlines to meet. What makes a great movie? A great story, right? And Every great story requires a great actor who can justify it. A lot of people think that being an actor means saying some dialogues in front of the camera, enacting emotions. But it isn’t simply uttering some lines in front of the camera and doing expressions which are written in the script. It’s about living the role, going deep, losing yourself, forgetting yourself, and taking up the identity of the character that you’re playing. So always remember that acting isn’t an easy profession, it requires a lot of dedication and sacrifices. Some actors take their role very seriously and the sacrifices they do for their role may surprise you. From losing an excess amount of weight to locking yourself in a reclusive state, it’s just way too extreme. All this so that you can sit up and watch the movie to really notice the character. The landscape of film industry has changed, today to prepare for a role, to get under the skin of a character, actors take drastic measures. Sometimes they go to great lengths, they undergo extreme body transformations like bulking up, gaining muscles, and while sometimes they drop several kilos of weight rapidly.

So let’s take a look at 5 unbelievable Transformations Of Indian Actors For Their Roles!

1. They don’t call him Mr. Perfectionist for no reason. Aamir Khan goes beyond limits to prepare for his role in the film. He signs a film only after he’s sure he can justify the role of the character. Look at this movies, the way he has manipulated his body, fluctuating his weights is simply awesome. For the role of wrestler ‘Mahavir Singh Phogat’ in Dangal’, he first gained 25 kilograms in 6 months and then lost around 23 Kilograms. He could have used graphics, CGI, but he chose the hard way. 2. When it comes to body transformation in films, Christian Bale is right there on the top of the list. But Indian actor Vikram is right behind him. Vikram’s body transformation in Shankar’s I shocked the world. In the movie, he appeared in four different looks: a body builder, a beast, a model, and a hunchback. He lost more than 25 kilos for ‘I’. His regular weight is 82 kilos, but for the role of bodybuilder he built his body to 120 kilos. Then for the ‘hunchback’ role he lost his weight dramatically to 55 kilos. 3. To play the role of the iconic Indian athlete, a world champion runner and Olympian ‘Milkha Singh’ in his biopic, Farhan transformed himself into an athletic body. To achieve the athletic body, he did hard-core training for 18 months, cardio exercises, and a strict clean diet which shredded his body fat to lean muscles. He used to work out 4 hours twice a day. 4. Randeep Hooda is such an underrated actor. He experiments a lot with his films with his roles, like a chameleon he can get under the skin of any character he plays. Whether it be Charles Sobhraj, Raja Ravi Varma or Sarabjit Singh. Sarabjit, a movie about Indian citizen who was detained by Pakistan for 23 years. Randeep took up the challenging role of Sarabjit, he lost 18 kilos in 28 days. Randeep weighed around 94 kilos and then for the film he lost 18 kilos in 28 days. He cut down his meals, survived on just coffee and water. He even went on a zero calorie diet, he was so emaciated that he couldn’t walk. But that’s not all, for ‘Do Lafzon Ki Kahani’, he had to gain 17 kilos for the role. 5. Priyanka really took a very big challenge by choosing to play the iconic character of Mary Kom. The character of the Olympics bronze medal winner demanded extensive training, muscle building and learning the sport. Priyanka Chopra underwent hard physical training for three months to attain a muscular physique. She had to train vigorously to learn the sport of boxing. Priyanka would train for five hours every day and would then work on her boxing skills. You’ll Be Shocked To See The Pictures Of Lopamudra’s House! You Won’t Believe Your Eyes!
Manveer Gurjar’s Father Reveals A BIG Secret About His Marriage! Check Out!