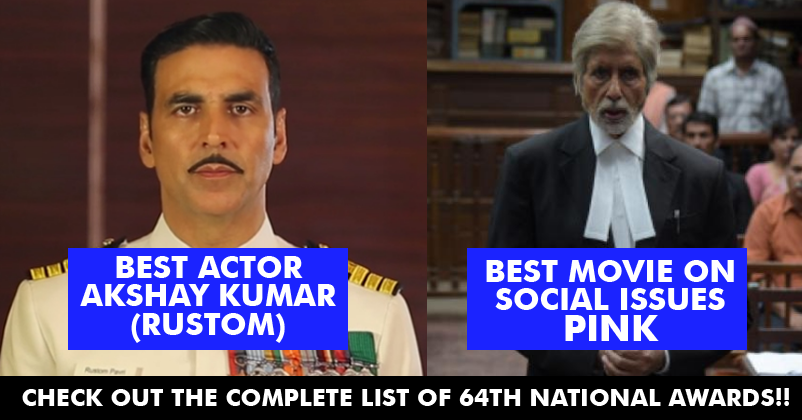 Priyadarshan headed the jury and his movie entitled Kanchivaram was given the National Award in the year 2007. Earlier he stated,

“It’s definitely an honour and a huge responsistrongility. I have close to 36 years of experience and have done 91 films, so I am hoping to put that to good use.” Besides Kanchivaram, his one more flick named Kaalapani got three National Awards in the year 1996. More than 300 movies contested for the top position this year; the process of selecting the strongest out of all started on 16th March and concluded today after the awards were announced. Sunil Grover Will Return To The Kapil Sharma Show Only On This One Condition
Akshay Kumar Won The National Award For Rustom & Twitter Seems Unhappy!