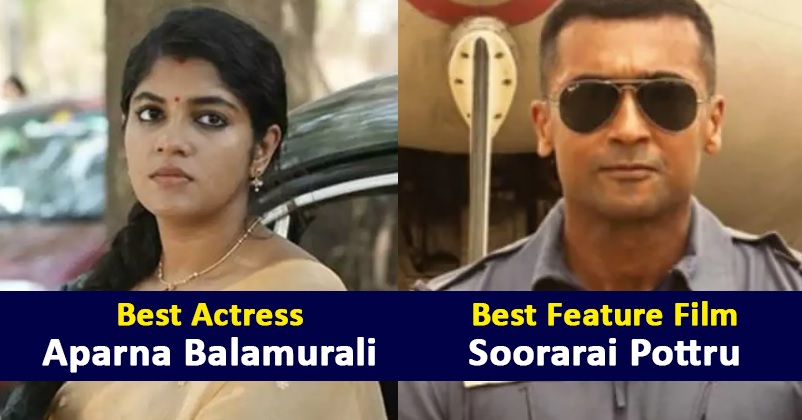 Awards and recognitions play an important role in a person’s success because they not only make a person feel happy but also inspire and motivate him to perform better in the future. The actors, directors, technicians, musicians, etc. from the Indian film industry also work very hard for making their movies successful on the box-office and they feel elated when they are praised and awarded for their efforts. 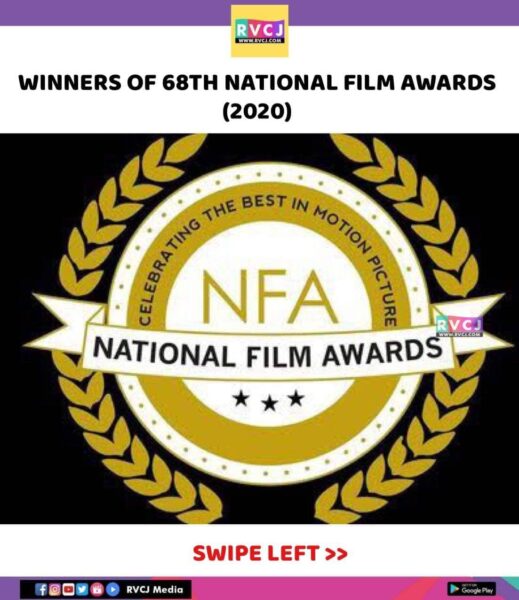 Many TV channels and organizations give awards related to movies but the most important award for an actor is The National Film Awards. These awards were started in the year 1954 and are managed by the Government of India’s Directorate of Film Festivals. Unfortunately, these prestigious awards were not hosted for the last two years because of COVID-19 but it won’t be the case this time as results of the 68th National Film Awards have been announced by the I&B Ministry. The jury consisted of 10 members led by Vipul Shah and they had to judge 300 feature films and 150 non-feature films in different categories. 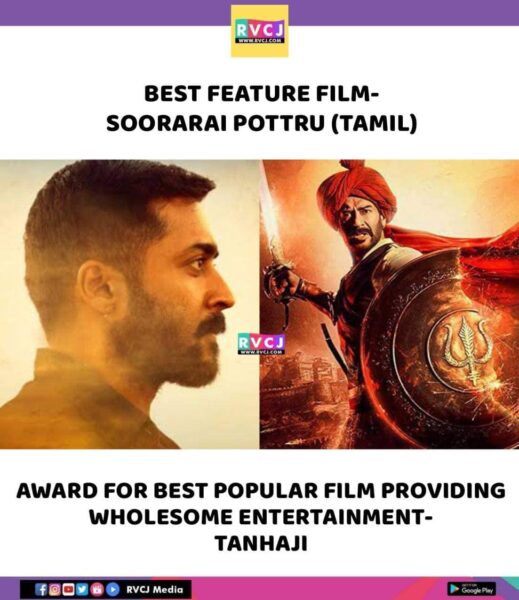 The 68th National Film Awards have honored movies from 2020 and there is a tie for the Best Actor Award as Ajay Devgn has won it for his movie “Tanhaji-The Unsung Warrior” and Suriya has won it for “Soorarai Pottru”. 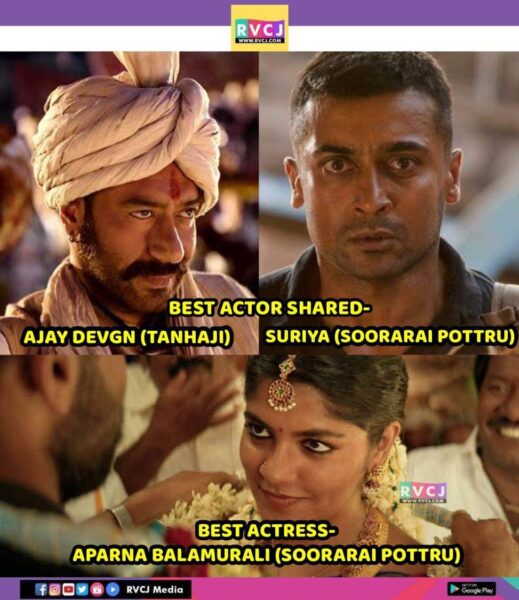 In fact “Soorarai Pottru” has made it very big in the National Film Awards as it has won five awards in total – Best Film Award, Best Actress Award to Aparrna Balamurali, Best Original Screenplay and Best Music Direction for GV Prakash Kumar.

The Best Director Award has gone to Sachy for his movie “Ayyappanum Koshiyum” and Biju Menon has won the Best Supporting Actor while Nanchamma has won the Best Female Playback Singer for the same movie. Ajay Devgn’s “Tanhaji-The Unsung Warrior” has also won the Best Popular Film Providing Wholesome Entertainment as well. 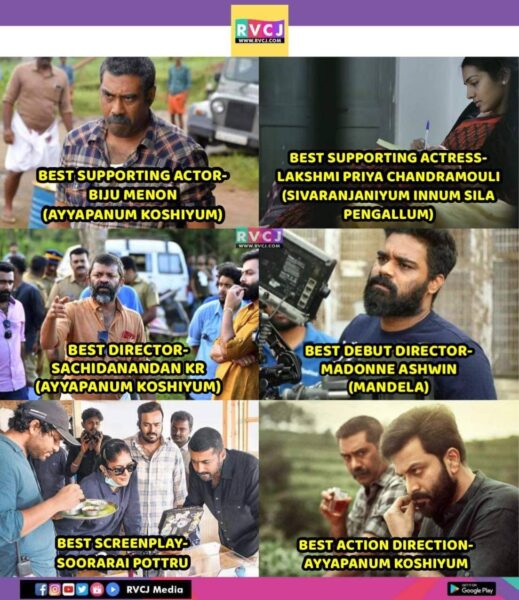 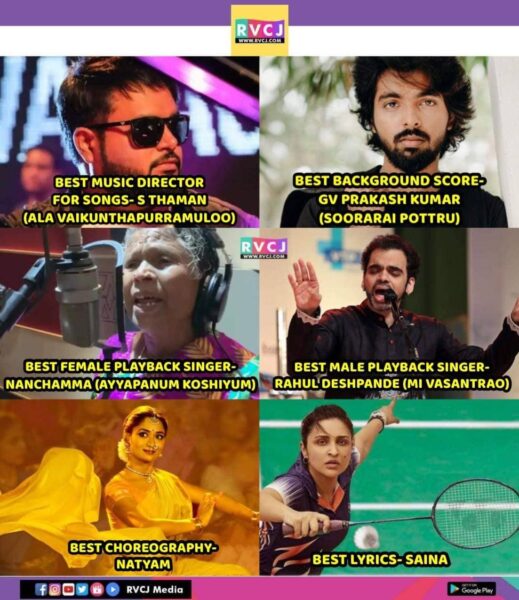 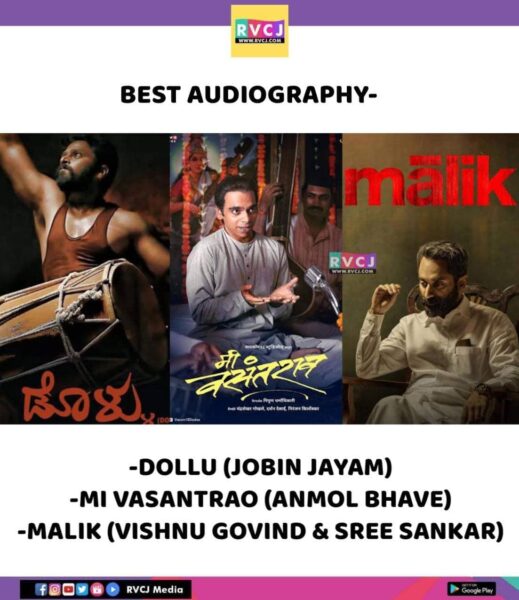 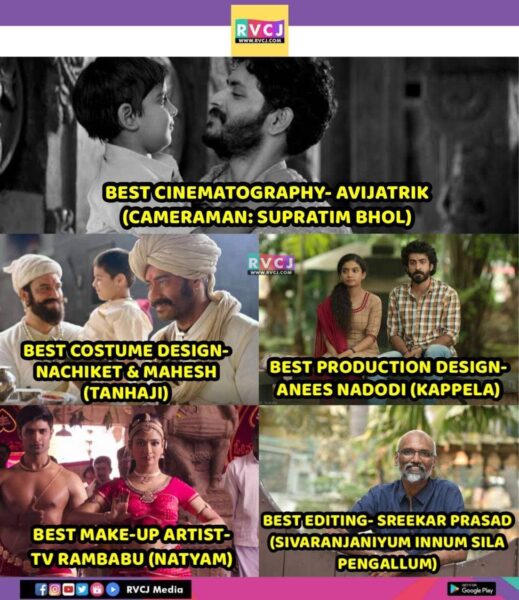 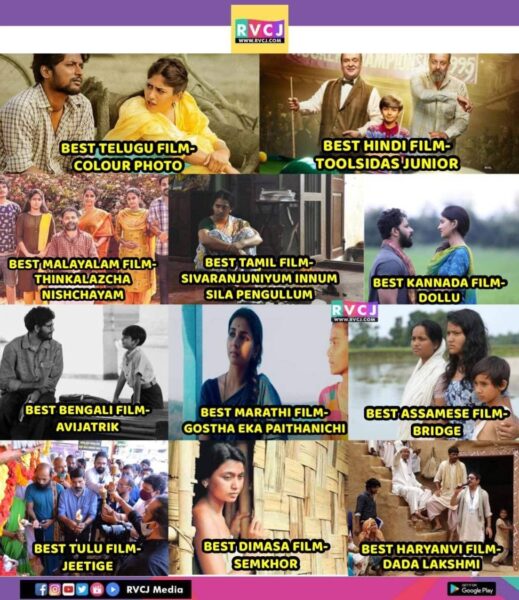 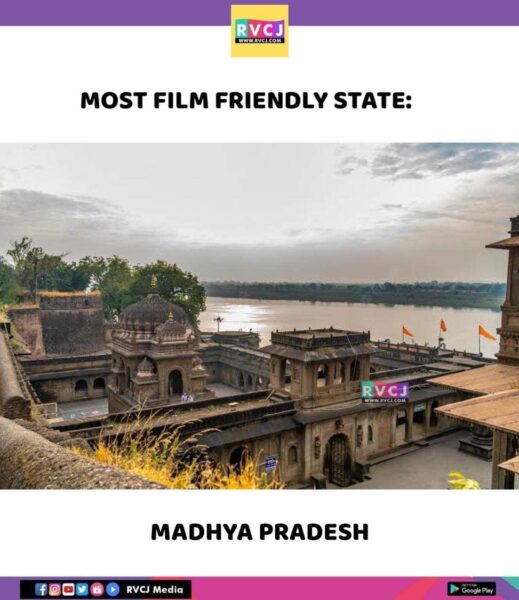 Best Science and Technology Film: On the Brink Season 2 – Bats

Best Book on Cinema: The Longest Kiss by Kishwar Desai

Congratulations to all the winners!