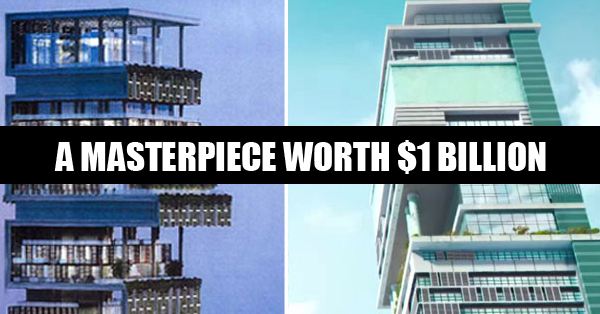 With an estimated worth of $22.3 billion, Mukesh Ambani who holds a majority shareholder in Reliance Industries and is the 19th richest person in the world. He previously lived with his family including his mother and brother in a Mumbai Mansion until his masterpiece of opulence was finally finished. Worth more than $1 billion and with astronomical construction costs, Antilia stands as the most expensive home on the planet. With 27 floors and height of 173 meters equivalent to almost a 60 storey building. Antilia is one of the most astonishing residential construction in the world built on 49,000 square foot plot.

Here are some Mind Boggling facts about ANTILIA, the masterpiece home of Mukesh Ambani.

1. One of the most incredible things about Mukesh Ambani ‘Antilia’ is that along with his wife, three children and his mother, there are more than 600 staff members who keeps the massive structure running smoothly in addition to domestic servants, aviation engineers, personal trainers, gardeners, bartenders. These all staff members are all highly trained with waiter and waitresses hired from luxurious hotel chain Oberios. 2. Well, for those guests who prefer not to arrive by land, Antilia boasts three helipads on its roof, with dedicated air traffic control facility. 3. Mukesh Ambani have given 6 entire storeys in Antilia for his car parking, this keeps the family to keep their collection of 168 cars together. But these cars can easily break down without servicing, that’s why Mukesh Ambani have a fully featured service center on the 7th floor of the house. 4. The suggestion had been made that the building was not constructed under the strict parameters of Vastu Shastra and because of which Mukesh Ambani believed that moving into the building would bring bad luck upon them. But later this suggestion was dismissed as just being a rumor. The Ambani family lives on the top 4 floors of the Antilia which forms their private residence. 5. No Mega Home can be complete without a private theater and the one in Antilia can seat up to 50 people. It also comes with a snack bar and a wine room and even have its own private terrace. 6. The Ambani family have a floor purely which they refer to as the ice route which simulates the effects of winter. Allowing them to escape the baking heat of Mumbai and enjoy an artificial snow flurry.

7. Antilia has 9 superfast lifts which run from its lobby to different parts of the building. As an example the lifts which service the family’s living area at the top of the structure do not run to the lavish guest rooms and vice versa. Let us know you thoughts in the comments section regarding this unnecessary waste of money for a house for 5 people.

Girl Pulls An Awesome Prank On Her Mother And Gets Permission To Bring Friends Over Drinks
25 Times Roger Federer Proved He Is The King Of Twitter Too..!!