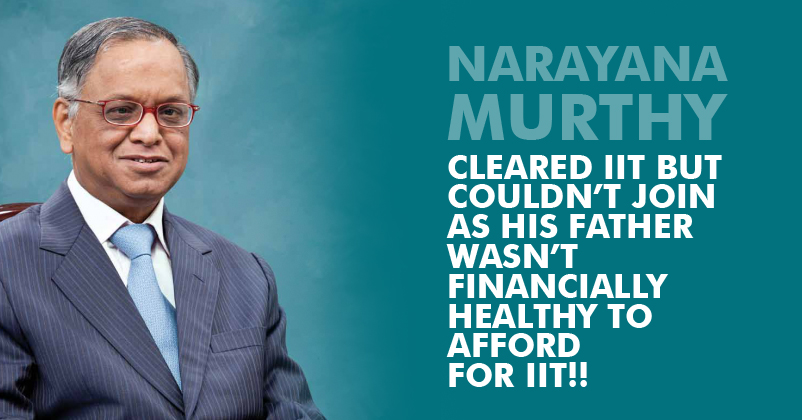 I do what I love, and love what I do. This line is certainly tricky to some extent but if you get it, your future can be an easy ride. Loving your profession is something that should interest you the most. Your passion for it should always stay absolute and firm.

With such intense competition, anyone will be willing to get himself enrolled in such a prestigious university. But here are 10 such famous celebrities who didn’t join IIT even after clearing the exam. The reason for him dropping out of IIT and pursuing chemical engineering in ICT, Mumbai (then UDCT) is speculated to be because of BRAND VALUE. Some folks on Internet say that back then ICT was far more better than IIT. While other rumoured reasons for him dropping out are not because of the brand value of ICT but his friends had joined the same college and hence he dropped out from IIT and joined ICT. After topping the Rajasthan 12th Board exams, he was enrolled in IIT-B but after that he wasn’t excelling in his studies. He used to stand at 20th position out of 30 students. He failed in few subject and eventually dropped out in the his 4th year of engineering course. He was enrolled in IIT-Madras, however soon dropped out in the 1st semister itself. He was homesick who could not stay away from his little sister and hence he decided to go back in Allahabad to pursue Bachelors course in Philosophy, Economics and Political Science. However he did not complete his course as he felt that the such academics involved playing “intellectual games” against each other. Then he completed Law from Allahabad University and was enrolled as a lawyer in 1983. He got AIR – 7 in AIEEE. Although it was not for IIT, but this exam is still considered close to IIT Entrance exam in terms of toughness. He was enrolled in Delhi Technological University (DCE back then), but dropped out in 3rd year as he gained more interest towards acting and drama than focusing in his engineering. The person who is responsible for unearthing of big scams like 2g Spectrum, Coalgate and Delhi Commonwealth scams once cleared IIT entrance exam. However he never really enrolled himself for this institution. He instead graduated with a master’s degree in Economics from Delhi School of Economics, University of Delhi as he aimed for IAS. You may not know him that much, but this is the guy who is responsible for the Hit songs of ‘TANU WEDS MANU – RETURNS’. He Cleared JEE in 1992 but dropped the idea of joining IIT Roorkee only to study Films Communication at NID(National Institute of Design). He cleared IIT- JEE entrance exam but couldn’t join it as his father wasn’t financially healthy to afford IIT education and to send him to a different city. Thus Narayan Murthy joined National Institute of Engineering (NIE) in his hometown Mysore. However, he did his Masters from IIT Kanpur.

Times Of India Asked It’s Users To Uninstall These Apps But Instead Got Roasted ! !
Height Of Embarrassment For This Boy! Girl Pulls Off His Pants In Public & Has Fun