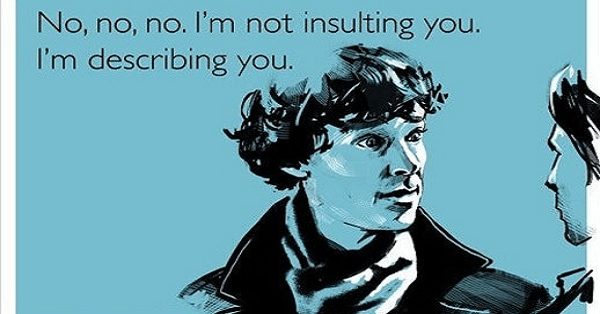 “Sherlock” – I know that many of you aren’t familiar with this TV-series. So first of all, I just want to tell that you’ll not understand a single thing if you aren’t familiar with the TV-series. But if you do watch the series, the article is a treat for you. We all are waiting for the new upcoming series. So I decided to have a look at the things which make Sherlock possibly one of the best TV-series ever.

Maybe it is not the best reason to start the article. But the music is indeed truly awesome, isn’t it? David Arnold and Michael Price – you two are unique. And finally “Sherlock” himself. He is just the perfect choice for portraying “Sherlock”. His version of “John Watson” really is something I like more than anything in the series. He completes Sherlock.

Each episode is a gem. Watching 3 episodes doesn’t need that much of your time. Every good movie or TV-series or anything needs a da*n good villain. Andrew as Moriarty just fulfills all the aspects of being a great villain in every way possible. Believe it or not, Sherlock has a large fan-base in India too. And it is just so much popular around the globe. We are crazy fans of Sherlock-series and all of us are eagerly waiting for the upcoming episodes.