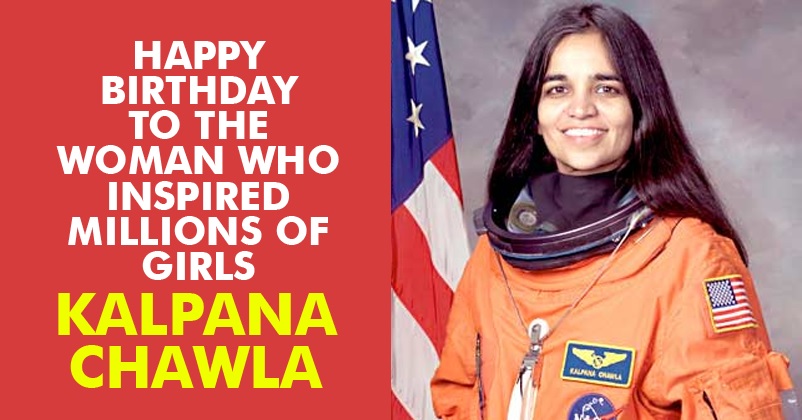 When we look up in the sky our mind is always filled with curiosity as to what is out there in outer space. One such woman was Late Kalpana Chawla, an inspiration to women not only in India but worldwide. Kalpana Chawla was born on March 17, 1962 in Karnal, Haryana. She was an Indian-American astronaut and the first Indian woman in space.

2. First and the last journey to space in same vehicle Some of her memorials are: the Kalpana Chawla Award given by the Karnataka Government, a dormitory named after her in the University of Texas at Arlington from where she did her Masters and a planetarium in Haryana. This sheds light on her meritorious and outstanding achievements. She had the privilege of journeying as far as 10.4 million km. This approximately adds up to 252 times around the Earth’s orbit that comprised of 372 hours in space.

Shortly after her last mission, India renamed its first weather satellite ‘Kalpana-1’ in her honour. Asteroid 51826 is named ‘Kalpanachawla’ in her honour.

8. A hero and role model She died as hero and as a role-model for many young women, particularly those in her hometown of Karnal where she periodically returned to encourage young girls to follow in her footsteps. Her brother, Sanjay Chawla , remarked “To me, my sister is not dead. She is immortal. Isn’t that what a star is? She is a permanent star in the sky. She will always be up there where she belongs.”

15 Interesting Facts/Records You Should Know About T20 World Cup!!
Indians Who Have Planets Named After Them