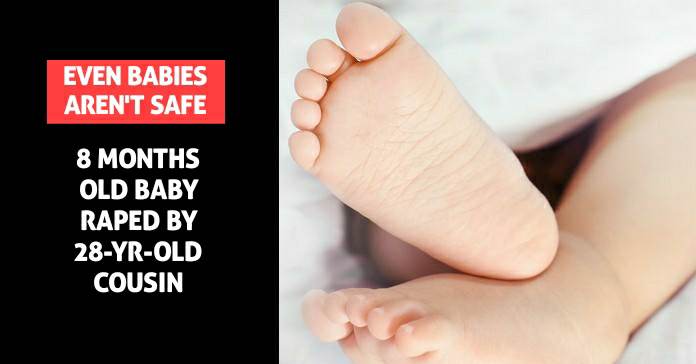 We have been shouting at the top of our voices to force government for taking strict action against those who are involved in crime against women and make strong laws in order to ensure that these culprits get more punishment, for a longer time, now.

However, it appears that humanity is dead in the humans and this Earth is becoming a home of devils. At least the recent rape case that took place in Delhi confirms so.

Yes, you read it right! In a very shocking incident, a 28-yr man raped an 8 months old baby brutally. 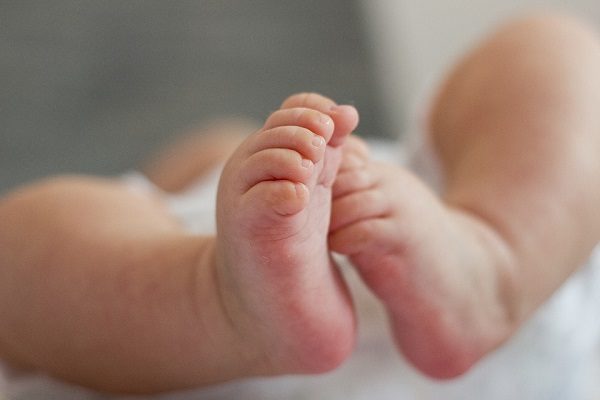 The horrific incident took place in Shakurbasti in New Delhi on Sunday. The private parts of the baby were heavily injured and she underwent a three-hour surgery. Doctors are saying that her condition is stable but critical too and she is kept in the Intensive Care Unit of the hospital under observation.

A report published in TOI says that the baby’s mother is a maid and she was not at home at the time of the incident. The mother of the accused was taking care of the baby when her son came and took the baby on one of the rooms where he raped her. The culprit lives in the same building and as per the report, he gagged the victim’s mouth to ensure that nobody can hear her screams.

When the victim’s mother returned, she found that the baby was heavily bleeding. She took her to hospital and the doctors of Kalawati Saran Hospital confirmed that she had been sexually assaulted and reported to police.

Swati Maliwal, the Chairperson of Delhi Commission of Women, took to Twitter to express her anguish over the incident in the national capital. She wrote, “The worst has happened. An 8 month old baby has been brutally raped in the Capital and is battling for her life in a Hospital. Going to the hospital to meet her. Am totally numb. Terrified to face her! Please please pray for her.”

The worst has happened. An 8 month old baby has been brutally raped in the Capital and is battling for her life in a Hospital. Going to the hospital to meet her. Am totally numb. Terrified to face her! Please please pray for her.

She further tweeted, “What to do? How can Delhi sleep today when 8 month baby has been brutally raped in Capital? Have we become so insensitive or we have simply accepted this as our fate? Where is the sena which attacked a school bus to ‘protect honour’? No one to ask questions from the system now?”

What to do? How can Delhi sleep today when 8 month baby has been brutally raped in Capital? Have we become so insensitive or we have simply accepted this as our fate? Where is the sena which attacked a school bus to 'protect honour'? No one to ask questions from the system now?

In the beginning, the accused denied that he has anything to do with the inhumane act but when he fled, the police got sure that he is the culprit and later on, he was nabbed in the neighbourhood. During the interrogation, he accepted his crime. A case has been filed against him under Protection of Children from Sexual Offences (POCSO) and other relevant acts of Indian Penal Code.

Twitter users are also angry with the incident and here’s how they reacted:

Brutality at its peak:

Ab to hadh hi ho gayi yaar!! Its insane……. brutality at its peak!

They should be sterilized:

The culprit should get capital punishment, death penalty.

Take him to gallows in a single day. Publish that news of hanging across India. Then We can hope to have a better world.

No need to waste time. Simply HANG him. #no X case / investigation / custody

Or even worse than that:

if the child survives what will be it's mental state? will all the organs work perfectly? will it lead a vegetative life always dependent on some help? more questions than answers. guy should be castrated but should not be allowed to die

Request to Judiciary please order Cut the private parts of that wild person in pieces , these type of wild ppls r not deserving to live in society.

Shocked to the core!!!! I'm shaking with fear and total loss of words! @PMOIndia please see to it that such incidents don't happen Again! Bring justice to the victims!

What to do to ensure children’s safety?

And even such heinous, barbaric acts will be defended by some lawyer, the case will keep running in courts for years, and if by any chance the court orders his hanging, liberal crusaders will unite and raise the bogey of humanity for condoning this beast.

Faith in judiciary will be lost if he doesn’t get adequate punishment:

If this guy is not hanged I will lose faith in judiciary. This guy deserves to be thrown to a Lynch mob period

This is a brutal act and punishment should also be brutal. What do you say?