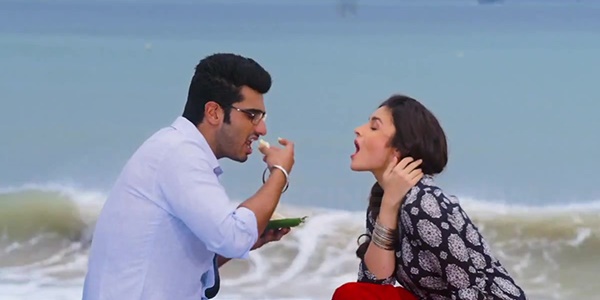 There are times when a film becomes epic and there character represents normal people watching the celluloid. One such character was of Annaya Swaminathan (Alia Bhatt in 2 States) inspired by the real Annanya Swaminathan. She has all the elements of a 21st century girl and know what she wants from life. Her vision is crystal clear.

1. She is Feisty & Fast Moving

WE don’t see her complaining about the pre-marital sexual relation. She is modern yet with family values & understands how to manage both. 2. She is a Modern Women & Chooses to Wear Traditional Clothes

One of the best part of watching 2 States was the so very Indian attires that Alia wore. Clothes that everybody can wear. 3.Concerned About Her Elders & Young Near and Dear Ones

That’s why she asked Arjun Kapoor to give tuitions to her brother & wanted her parent to be happier than her in the wedding,
True that, Every Indian Girl Does Want This. 4.She is Against Social Evils

Duke Weds Minti – The Dowry Mess – Not Showing Off her IIM-A tag, Dropping Her EGO.
She did pull off the trigger when it came to the evil surrounding Dowry, and didn’t made peace until and unless she was able to get through it.

5.She is Proud of the way she is

She is very proud of the fact that she eats Non-Veg inspite being a Brahmin Tamilian. She has no qualms to go against the set rules. 6.Annaya is a True Blue Feminist

“Ladkiyon ka toh kaam hi hota hai Khana banana” – She do not know how to cook, and don’t find it wrong either. She argues on this question. 7.The dire need of Commitment

Every Girl wants someone who is ready for full-fledged commitment & when they don’t see that coming. It breaks us and so it did to Alia aka Annaya as well. 8. Respect comes much before anything else.

Being continuously questioned and rejected by her in-laws did not deter her. Rather she kept her calmed and stayed composed, this shows that Respect is main criteria for both her in-laws and for herself as well. What else quality of her impressed you? In which other way you think she represents the Youth of Today?

The Man Behind The Viral “Mauka Mauka” Video
5 Reasons Why Sachin Tendulkar’s Double Hundred Is Different From Others.!!