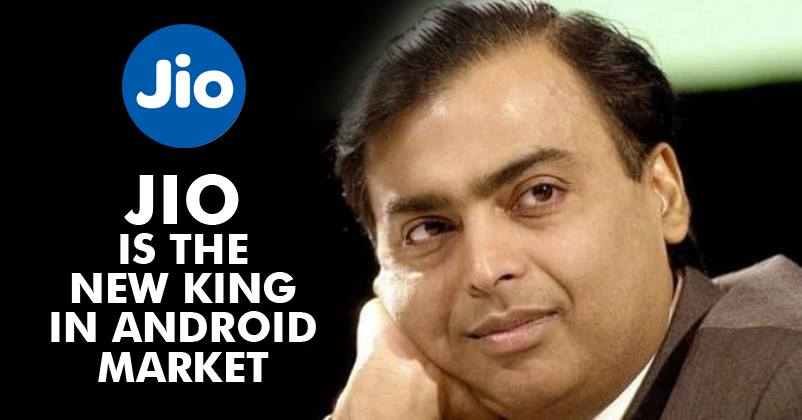 They say that Rome was not built in a day. True, but Reliance JIO did something which will make you question this quote once again. Within a short span of time, Reliance JIO has already hit the top charts. You might be wondering how and why and when or perhaps every single question in popping up in your mind.

There has been a lot of talking about Reliance JIO. From good reviews to criticizing the connectivity of network, Mukesh Ambani had to hear a lot through out this week. But I guess it was worth the wait as the hard work or more precisely the SMART WORK paid him off quite well. Facebook took almost 1.5 – 2.5 years to reach at a stage where it is today i:e at the ‘Top Free Apps’ on Play Store. Yes, in the case of digital or virtual world, such milestones are indeed considered as benchmark to success. Whatsapp and many other apps like Tinder, Facebook Messenger, ShareIt, WeChat comparatively took a lot of time to reach at the top 10 or 20 positions. But Reliance JIO has managed to grab the No. 1 TOP position in the category of ‘TOP FREE APPS’ in Play Store in just a week’s time after Mukesh Ambani held a Conference on 1st September 2016 where he brought up his Path Breaking JIO scheme. Have a look at the screenshots that I took last night. Out of the top 15 apps, 12 of the apps belong to Reliance’s Jio application family. The most amazing thing to observe is that The Reliance JIO Apps have left the GIANT MESSAGING APPLICATIONS like Whatsapp and Facebook Messenger behind them. And this is when the the Reliance JIO subscribers are not even using these applications in its full potential. Have a look at the screenshots above. The ‘MY JIO’ app has been downloaded for more than 10 Million times followed by ‘JIOCINEMA Movies TV Music’ app with 5 Million downloads. Both of these apps have rating more than 4.4 Isn’t that great ? Getting to the top position in no time. And the way Jio Subscribers are growing, it seems like they will stay at top for a much longer time.

Modi Fans Lashed Out At Kapil Since He Highlighted A Bitter Truth! Look At The Tweets!
You Cannot Wear Blue Jeans In North Korea Because Of This Reason…