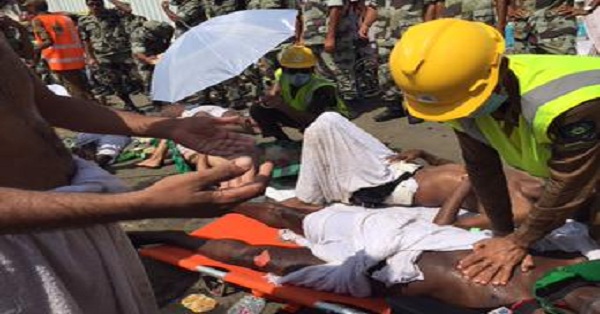 As all know that Hajj or visit to Makkah is pilgrimage of Muslims. They do the holy visit to the Mecca every year. One of the deadliest incidents in 25 years occurred during the Hajj today. More than 717 have been confirmed dead in a crush near Makkah during the hajj pilgrimage. Over 863 have been injured in crush at Mina just outside Mecca as per the reports from Saudi’s Civil Defence and BBC. There are about two million people which include one lakh Indians who performing the annual Hajj pilgrimage this year. The wounded have been shifted to four hospitals in the area and more than 220 rescue vehicles have been scrambled to the scene. The Ministry of External Affairs of India has released the Helpline numbers. The post of help line numbers on facebook page of The Ministry of External Affairs of India can be seen here.

The news for The Times of India is as follows and can be watched on YouTube.

President of India condoles the incidence.