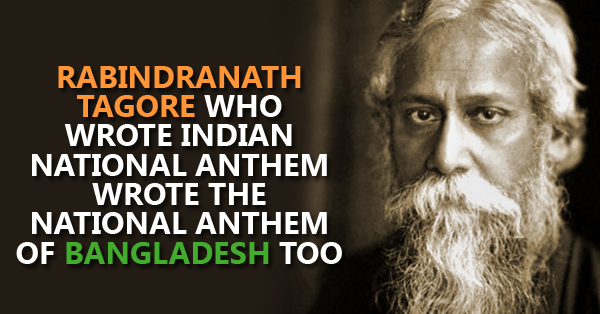 Bangladesh is a small country but that doesn’t mean that there are not so many interesting facts. In fact, you’ll just be surprised after reading this post and knowing all the wonderful facts. There were so many jokes on India vs Bangladesh cricket match with citizens from one country trolling the citizens from the other country. But let’s forget all that for a moment and let’s know the interesting facts about the neighboring country of India. I’m sure that even the peoples from Bangladesh will surely be proud of their country after reading this article.

The national flag of Bangladesh has two colors “Green” and “Red”. “Green” stands for beautiful green lands and villages of Bangladesh and “Red” stands for the people who shed their blood in the fight to earn independence for their beloved country. The “Sundarbans” is the world’s largest mangrove forest. While India(West Bengal) posses 40% of the total area for mangrove, the rest 60% comes under the area of Bangladesh. It is a UNESCO World Heritage Site. The place got the name for the trees called “sundari(Heritiera  fomes)”. The place has got Royal Bengal Tigers, many endangered species of birds and insects. Bangladesh may be a small country but the capital of Bangladesh, “Dhaka” is the 10th largest city in the world. It is the world’s largest uninterrupted or unbroken sea beach. It is also a major tourist destination. (Saheed Minar or Martyr’s Monument in memory of the students)

It is the world’s largest non-governmental organization (NGO). The highest number of “United Nations Peacekeepers” come from Bangladesh. The numbers are as high as 9,446. The previous number may seem small but even India with many times the population of Bangladesh, doesn’t have that many number of peacekeepers.

Was the facts good? Are you amazed to know about the facts? I want to hear the comments from people of Bangladesh.

Continue Reading
You may also like...
Related Topics:9 Amazing Facts About Bangladesh That Will Surely Make You Spellbound