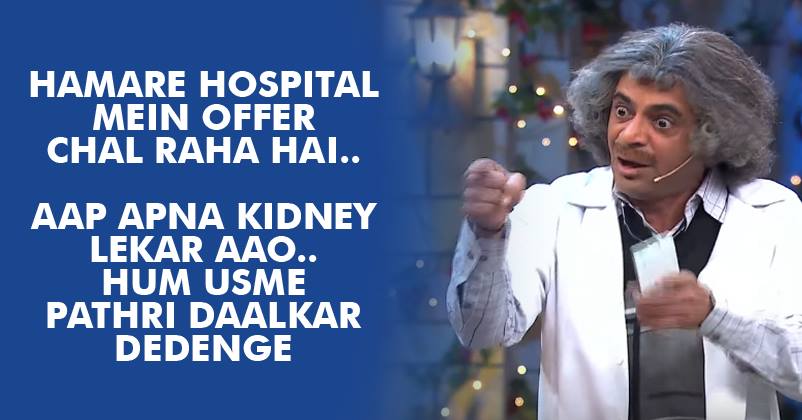 The Kapil Sharma show is one of the most popular and entertaining show at present. After having a rift with Colors, the channel decided to let the comic star go. Kapil left Colors and his popular show Comedy Nights With Kapil after a successful run of three years. Kapil returned to television with ‘The Kapil Sharma Show’ on Sony TV. The show debuted with a grand premier with Shah Rukh Khan as the special guest. The show became an instant hit, the show is gaining top TRP ratings in the non-fiction category. Every week there’s a celebrity guest on the show. Apart from inviting just the popular actors and celebrities, the show even had musicians, cricketers, sports persons appearing as the special guests.

The reason behind the show’s success is its ability to come up with new humor and jokes to entertain the audiences. Initially the critics weren’t impressed by the show, dismissed it for its repeated jokes and characters. But Kapil and the creative team accepted the negativity as an avenue for change, they added some new characters in the show, also experimented with the guests and the skits.

One big reason behind the success and popularity of ‘The Kapil Sharma Show’ is Sunil Grover. He has set new standards of comedy. His character of Dr. Mashoor Gulati is the reason why most of the people tune into the show. 1. Kapil, you won’t understand the relation in Rasgulla and Sangeet. 4. Best doctor in the world. 6. You might have changed his face. But he still barks. Good News For All SRK Fans! His New Movie Is On Its Way & You’ll Jump With Joy Hearing The Name
Aamir Khan’s Parents Wanted Him To Become An Engineer! Here’s How He Came Into Bollywood!