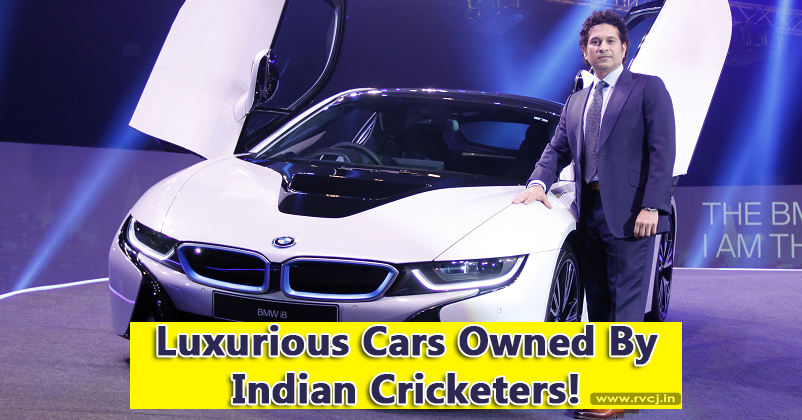 The passion of cars is most common in celebrities. The Indian cricketers, not just score great on the pitch but in the life as well. These revered cricketers own some amazing cars which are everyone’s crush. Here’s a list.

The master blaster loves cars since childhood. He started it with Maruti 800. He owns a BMW i8 which gives a mileage of 47.45 km-pl and costs 2.29 crores. He owns a BMW M5 which is also owned by Yuvraj singh and Sachin Tendulkar. The car costs 1.39 Crores. He has the color of his Porsche Boxster S similar to his last IPL team jersey (Chennai Super Kings). Bought it for 1.02 Crores. The Sixer king owns a Lamborghini Murcielago. He bought it for 2.23 Crores. The spinner Harbhajan Singh flaunts his Hummer. He excitingly drove it before registering and was fined Rs. 3000. The dashing batsman of the Indian cricket team owns a range of Audi Vehicles. He owns a R8 V10, which costs about 2 crores INR. The captain owns many vehicles including dashing bikes, custom-built open top Scorpio, a Mitsubishi Pajero and a hummer as well.

Images Source: Google Images, Quora, Twitter.
Do not forget to share and let us know your views please write in the comments section below.