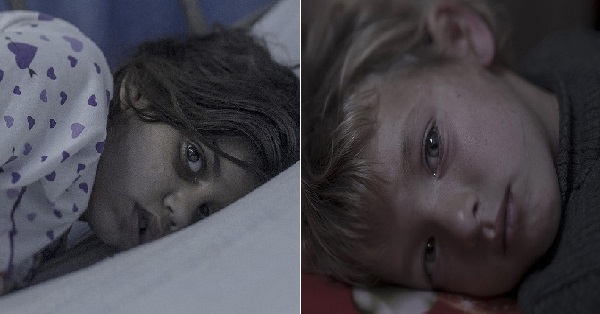 As the Syrian refugee crisis is increasing day by day, there are a large number of civilians who have been stuck with their families on the border line of European countries. In this article, we present you the pictures of some kids who are too small to understand the disastrous situation and their plight will sadden you: Abdullah, 5 years old, eye-witnessed a sibling being murdered and now is conquering nightmares. 7-year Ahmad lost his brother in a bomb attack at a time when they were asleep. Fara who is 2 year old gets a football from her father every morning, he rolls it up in night when Fara sleeps with her elder sister in Azraq. 8-year Maram, having a broken jaw, is unable to speak as a roof piece landed on her during a bomb attack. Moyad of 5 sleeping in Amman’s hospital after losing mother in bomb attack and now living with shrapnel lodged in head, back and pelvis. 5-year Tamam has fear from pillows in view of the fact that all horrific things took place during the night, so she uses a folded towel instead. Walaa of 5 is also afraid of pillows and cries during night in refugee camp. Age of Mahdi is only 1.5 years and during this period, he saw merely struggle and war.