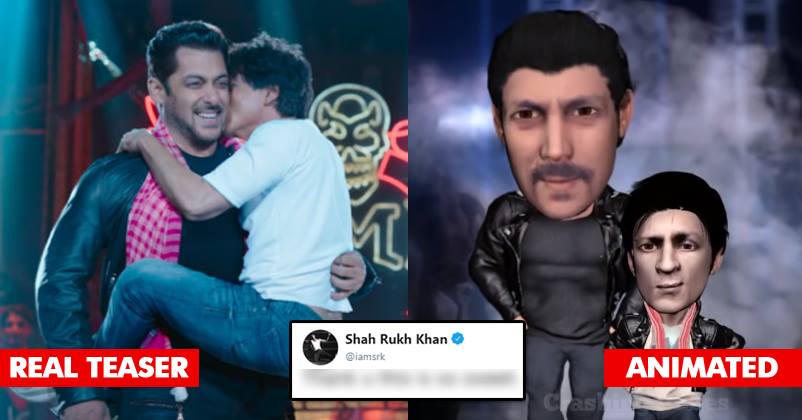 Shah Rukh Khan is undoubtedly one of the biggest stars of Bollywood and has a huge fan following in not only India but all across the globe. Recently, he completed 26 years in Bollywood and his fans are celebrating the superstar’s wonderful journey of stardom.

Presently Shah Rukh is busy with his upcoming movie entitled “Zero” which is undoubtedly one of the most awaited films of the year. Needless to say, fans are eagerly waiting for the flick to hit theatres as King of Romance will be seen in an all new avatar of a dwarf. It’s the first ever venture of Aanand L Rai and SRK together and the duo is quite excited about it.

The flick is slated to release on 21 December while its teaser was out on Eid and featured Salman Dabangg Khan along with King Khan. They won it with their powerful performance; people loved to see the superhit Jodi and there’s no wonder that the teaser went viral instantly.

Recently SRK took to the micro-blogging site Twitter and shared an animated teaser of “Zero” made by a fan and starring the two Khans.

First of all, watch the animated teaser:

Shah Rukh shared it with caption, “Thank u this is so sweet.”

Thank u this is so sweet. https://t.co/dn9uVQhvKG

Well, we must say that SRK made the day of the fan who couldn’t be happier to see the creative work getting appreciated and shared by none other than King Khan himself.

Other than SRK, the flick stars Anushka Sharma, Katrina Kaif and R Madhavan too while rumours are doing rounds that Jimmy Sheirgill too has a cameo.

How did you find the animated teaser? Let us know your views.

He Was Once A Famous Actor In Bollywood. His Career Ended Due To This Actress
Durex Trolled England As It Got Out Of FIFA World Cup & The Poster Is Too Witty