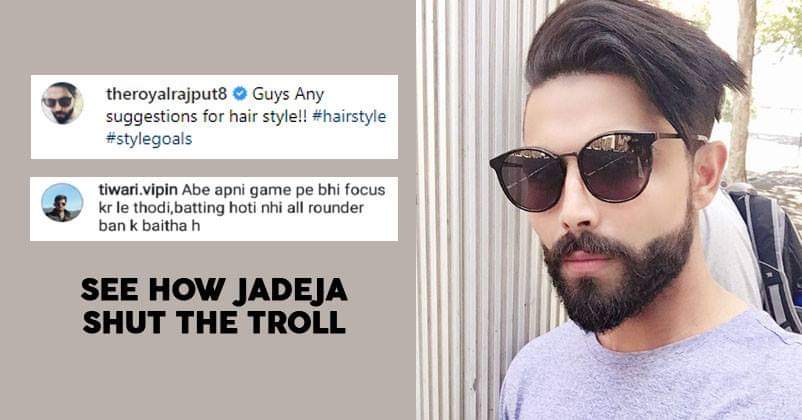 Social media and the fact that it allows us to access or directly communicate with our favourite celebs is both a boon and a disguise.

Cricketers, for instance, often have to face a lot of flak for their performance on field. Indians never leave a single opportunity to comment on the players.

Recently, Sir Ravindra Jadeja put up a picture on Instagram, where he asked his fans for suggestions on hairstyles. Check it out:

He captioned it saying “Guys Any suggestions for hair style!! #hairstyle #stylegoals.” And certainly, a lot of people came up with a lot of suggestions.

This comment of Jadeja’s won hearts instantly and people started cheering him. Check it out:

Tim Paine’s Wife Invites Rishabh Pant Again For A Babysitting Gig. When Will It End?
Virat Kohli Breaks His Silence On KL Rahul – Hardik Pandya, Admits His Teammates Were Wrong