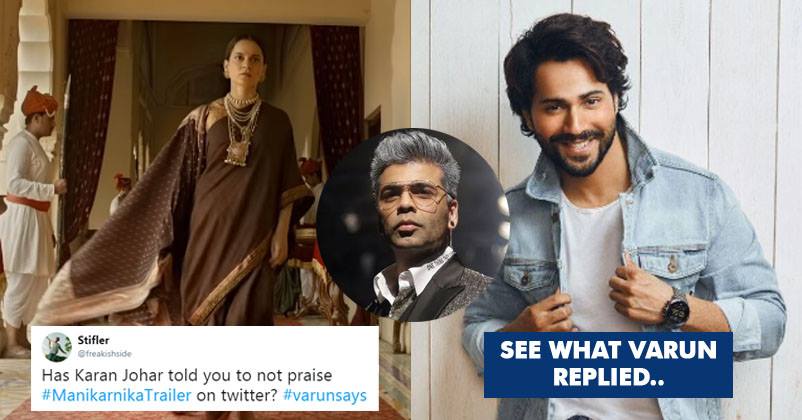 Kangana Ranaut and Karan Johar have a cold war going on, and that’s not really news anymore. Since Kangana pointed out that Karan was the king of nepotism in the industry, things haven’t quite been the same. 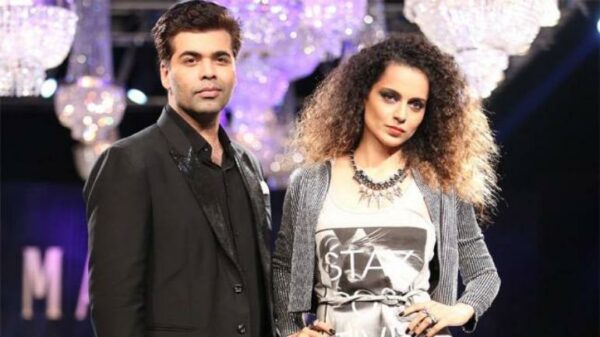 Instead, the nepotism debate has been grossly blown out of proportion, with Karan not leaving a single opportunity to take a jibe at Kangana since then.

Recently, the trailer for Manikarnika came out, which stars Kangana in the role of Jhansi Ki Rani, Lakshmi Bai. The trailer seems amazing, guys. And if you haven’t watched it already, check it out below.

While innumerable praises poured in for Kangana, a few fans found an opportunity to trigger the debate once again. A fan asked Varun Dhawan if Karan Johar had asked him not to comment on the trailer.

Has Karan Johar told you to not praise #ManikarnikaTrailer on twitter? #varunsays

Varun Dhawan immediately responded saying that Karan had not done such a thing. He had in fact watched the trailer and even had loved it.

No he’s not yaa I really loved it #varunsays https://t.co/MK2WqZSgcS

What do you think? Share your opinions with us.

From Priya Varrier To Dancing Uncle, These 6 Viral Internet Sensations Ruled The Year
Top 15 Dance Numbers That You Cannot Miss Out On This Festive Season