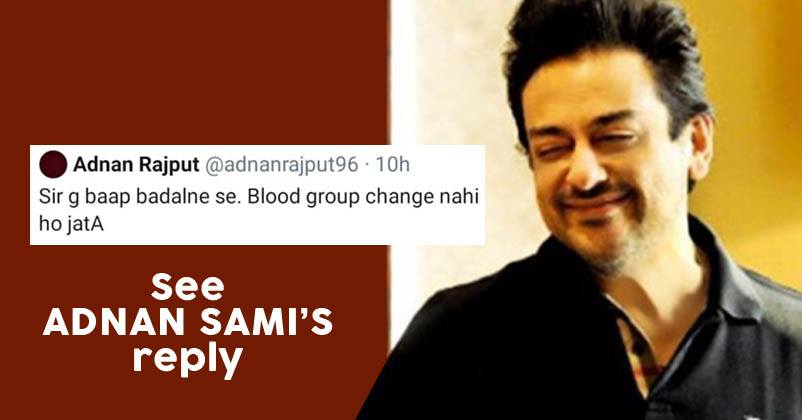 It was year 1947 when partition took place in India and Pakistan came into existence; however as of now, the relations between the two nations are not on good terms. The things have turned uglier after India abolished Article 370 from the state of Jammu and Kashmir which left Pakistan in a state of shock and disbelief.

While the citizens of both the countries love to troll each other on the social media networks, there is one person who is targeted by Pakistanis all the time. Yes, you guessed it right! We are talking about singer Adnan Sami who used to be a Pakistani earlier but now he has become an Indian citizen. 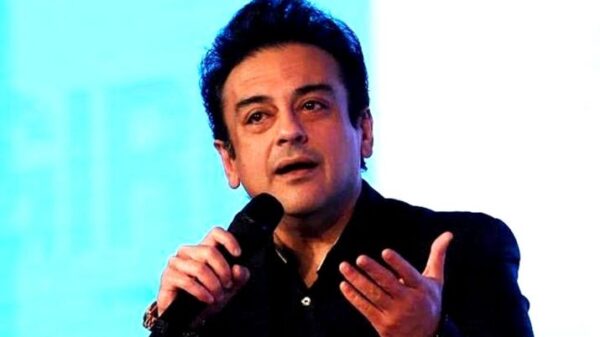 Recently a Twitter user tried to take a dig at Adnan but the manner in which the singer handled him was really kickass.

It loosely translates to, “Sir, even if you change your father, the blood group doesn’t change”.

The troller was referring to the fact that Adnan Sami has taken up the Indian citizenship and he is now an Indian while he was a Pakistani previously.

The singer replied in a classy manner and reminded him that no matter whatever they say, they can’t change the history as per which all the Pakistanis used to be Indians before 1947.

It loosely translates to, “Exactly! This is why you all are basically Indians”.

Twitter loved Adnan Sami’s reply and this is how netizens reacted:

Are yar why don't you do a comedy roast.
It will be super hit 😅

Trolling level – Adnan Sami! What do you say?