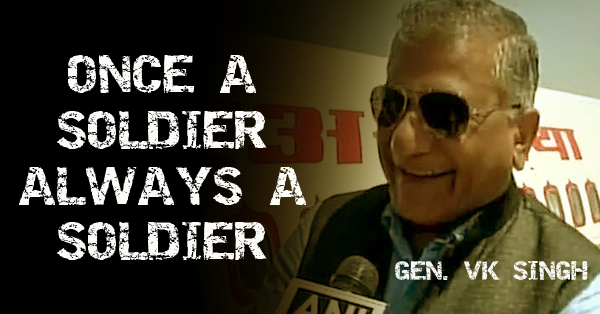 Once a Soldier Always a Soldier. General V.K Singh & His Team of Brave Soldiers have made all Indians Proud as they successfully took up the task of evacuating over 3000 Indians stuck in Yemen & bought them Home Safely. Minister of state General V.K. Singh personally met all the Indians who were rescued at Dijbouti from where they were bought back to India.
In case of Yemen there was no room for any Delay in taking up necessary Decisions completing the task of rescuing Indians. But Presence of Gen. V.K. Singh made things much more easier and Indian Navy Successfully under the leadership of General has bought back all the Indians Back home safely. Along with the Indians over 200 other foreign nationals were also rescued by the Indian Navy.
Hearing of such a heroic act of the Indian Navy, Ministry received requests from 26 other countries which include France, Germant, SriLanka, Bangladesh, U.S etc to help them evacuate their citizens safely.
Yemen in the recent times is witnessing fighting between Shia Houthi Rebels – backed by IRAN & the Saudi Arabian Led Sunni Coalition of other 10 Nations which has even launched Air Strikes in Yemen.

Cheers! to Indian Navy, Indian Govt. & especially Gen. V.K. Singh for their efforts to get back all the Indians safe.

Yuvraj Singh Responds Again & This Time It Looks Like There Is Cold War Between Yuvi & His Father
Dhoni Caught Violating Traffic Rules, Fined Rs. 500 – It Seems Time And Luck Are Against Him