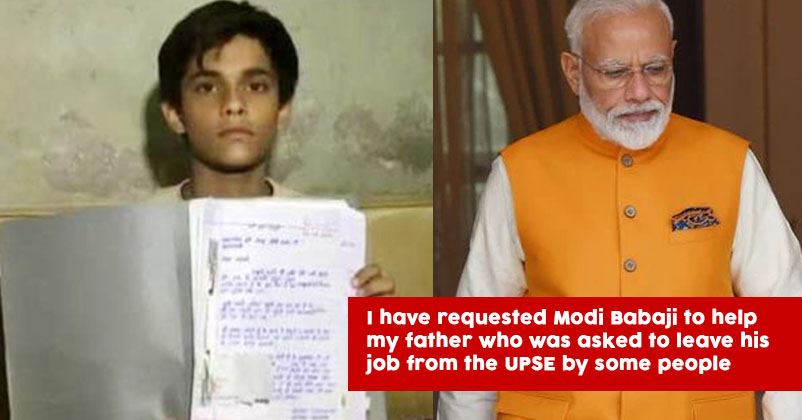 This heartwarming story of a 13-year-old boy will definitely leave you in tears. The boy from Uttar Pradesh has written to the Prime Minister Narendra Modi. The boy has asked PM Modi to return his father’s job at the Uttar Pradesh Stock Exchange (UPSE).

According to the boy, his father, Satyajit Vijay Tripathi, was fired by some people from the job. Now he is requesting the PM to help his father. He has written total 37 letters to PM, the last one on 7th June, but hasn’t received any reply from him.

The boy and his family are getting threat calls from the people who took his father’s job. He believes that his letters are behind the calls and they are threatening to his father and the whole family.

The boy, so desperate to bring justice to his father, also congratulated PM Modi for his big win in the Lok Sabha elections 2019. He truly believes in BJP’s slogan “Modi Hai Toh Mumkin Hai”.

He says, “I have heard the slogan – Modi hai toh mumkin hai. That is why I request you (PM Modi) to please hear me out once.”

Maharashtra Under Drought But Beer Factories Are Fully Hydrated
Mumbai Boy Gets 35 Marks Out Of 100 In All The Subjects, Creates History