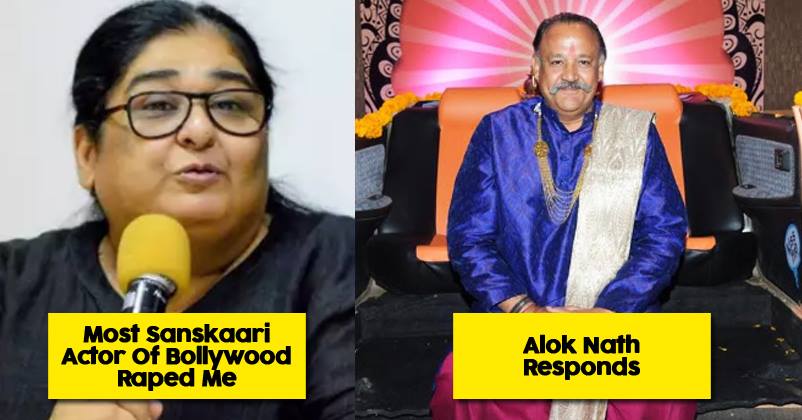 While the matter related to Tanushree Dutta and Nana Patekar is taking a legal route, some more women from Bollywood and Indian television industry are coming out and opening about what they have faced at the hands of some influential men of the industry.

It seems that the #MeToo movement that has shaken Hollywood is going to bring some changes in Bollywood and hopefully, these changes will help in providing women a safe working environment. The #MeToo movement is all about encouraging the victims of s*xual harassment to speak against their predators and let the world know that behind the mask of a gentleman, there is a devil.

Vinta Nanda, the producer, director and writer who is mostly known for the hit serial Tara has also poured her heart out on the social networking site Facebook and gave a complete account of all the atrocities and brutalities she faced. In a long post, she did not write anybody’s name but provided many strong hints that it is none other than the actor Alok Nath as she wrote, “the most #Sanskaari (Cultured) person in the film and television industry”. 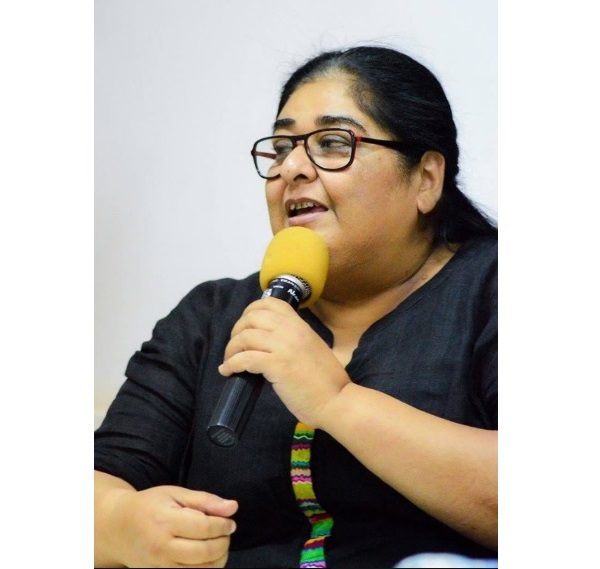 This is what she wrote,

“His wife was my best friend.

We were in and out of each other’s homes, we belonged to the same group of friends, most of us from theatre, slowly making our arts shine in the content renaissance, which had taken place because of the satellite television revolution of the 1990’s.

I was producing and writing the No 1 show on TV called Tara.

He was after my lead girl.

He was an alcoholic, shameless and obnoxious but he was also the television star of that decade, so not only was he forgiven for all his bad behaviour but many of the guys would egg him on to be his worst.

My lead female actor was being harassed by him.

He would mess with her on the sets and everyone would be silent.

When she complained to us, we decided to let him go.

We needed one last shot between them and soon after it had been taken we had planned to let him know that we didn’t want to work with him any longer.

He had become aware of our plan and on that day, he came drunk on our sets.

He continued to drink till the time he was called for the shot.

When the moment came and the camera rolled, he felt up our female lead and very viciously.

My lead actress slapped him.

We asked him to leave the sets and told him that he was not going to be on the show any longer.

Life went on without him on the show and common friends intervened to patch us up as friends.

The ratings of the show kept soaring but the management at the channel changed and it started asking us to change the lead actress.

We said we could not do it but then the management demanded a change of generation story to start and asked us to cook up a younger Tara, who was to appear out of nowhere and was to be later revealed as the original Tara’s daughter, born out of wedlock to her or some such thing.

This also meant that our original Tara would continue with us.

We agreed to go ahead, not that we had much choice, but a day before we were to shoot the new generation story, we were told that the lead actor who had been asked to leave the show was to be brought back.

We did that because there was no room left for protest under so much oppression that we had by now been subjected to.

We had four more shows running on the same channel, all big on ratings and our refusal to do as we were being told to do meant jeopardising them.

The new generation story went on air and ran for a week.

We were called by the newly appointed CEO of the channel on the Monday of the following week and told to shut down the show, along with all our other shows.

I was insulted and humiliated by the CEO, asked to get out of his office and told that women like me should be thrown out of the country.

All our shows went off air with immediate effect and my production company was made to shut down.

Now is when the worst happened.

I loved my life, I was a successful woman, I smoked and I drank.

I was a liberated person.

I was invited to a party to this mans house, his wife, my best friend was out of town.

It was usual for our group of friends from theatre to meet regularly so there was nothing unusual about my going to the party.

As the evening flowed, my drinks were mixed and I began to feel strange.

Then at around 2am I left his house.

Nobody followed me or offered to drop me home, which was what was rather unusual.

All I knew at the time was that I had to get home. I could sense it wouldn’t be right for me to stay there any longer.

I started to walk home on the empty streets although the distance to my own house was long.

Midway I was accosted by this man who was driving his own car and he asked me to sit in it and said he would drop me home.

I trusted him and sat in his car.

I have faint memory after that.

I can remember more liquor being poured into my mouth and I remember being violated endlessly.

When I woke up the next afternoon, I was in pain.

I hadn’t just been raped, I was taken to my own house and had been brutalised.

I couldn’t get up for my bed.

I told some of my friends but everybody advised me to forget about it and move on.

My company was closed but I got a job to write and direct a series for Plus Channel.

The man found his way through the casting route and became one of the lead actors on the show.

He created an environment in which I was made to feel threatened so I asked the producers to release me from directing the series because I didn’t want to be around where he was.

I continued to write the show.

Here’s the most difficult part, the main reason why I have taken so long to come out with the truth.

While I was working on this new series, he asked me to come to his house again and I went to allow him to violate me.

It was after this that I quit.

I was completely shattered by then. It was a nervous breakdown I was going through, but I was trying to be brave.

I tried to pick up the threads of my life but channels and networks and sets and rehearsals started to freak me out.

I continued to write, but the couple of times that I pushed myself and found the courage to pitch for shows, I would break down during meetings.

Finally I gave up.

Almost 20 years later, I’m totally fine now, healed and reunited with my own self again.

I’m afraid of speaking to an audience.

For someone like me who was fearless and could talk to large audiences for hours, it is something that bothers me so I’m working on it.

The only reason I’m telling this story now is because I don’t want that any girl should ever fear holding the truth back.

What followed because of my silence was even worse.

I became easy prey because the message had been put out that I was afraid and so I would not open my mouth.

The couple of times that I wrote about what I had gone through created more complications because I stopped getting work.

To deal with all the fear and shame I drank myself silly almost every evening and even flirted with drugs.

I had friends who rallied around me and helped me clean up and restart my life in 2009, which meant that I had lived my trauma for 10 long years.

I had been done, dusted and buried as a professional but I was back in the face of the world on Facebook and soon on Twitter as well.

I had tremendous support from some friends including their trust, so I became emboldened and bounced back.

I have waited for this moment to come for 19 years.

I shout out to each one of you who have suffered at the hands of predators to come out and say it aloud.

Don’t hold yourselves back.

This is a moment for change so your silence will only hold barriers to its evolution.

Shout out from the top of the roof.

My friend Nutan who is no more took me to the back road of #LokhandwalaComplex in #Andheri where she made me break a 100 empty bottles and I threw them into the mangroves and shouted out all my anger and frustration.

I never looked back after that day.

Irony is that the man, the predator in question here is the actor par excellence who is known as the most #Sanskaari (Cultured) person in the film and television industry.”

Alok Nath has also spoken on this matter but his response seems to be pretty vague as he states that somebody must have raped her but he did not do it. The actor further said that he won’t speak much as people are bound to believe a woman as she is the weaker gender. 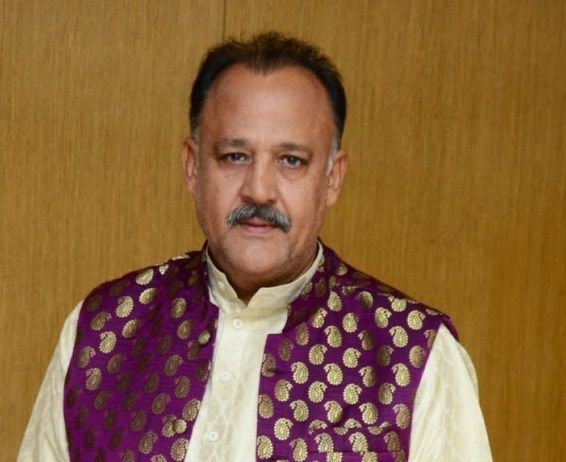 Meanwhile, an executive member of CINTAA (Cine And TV Artiste’s Association), Sushant Singh also took to Twitter and apologized to Vinta for whatever she has gone through. He stated that a show cause notice has been issued to the actor and he has been asked to explain his actions and why he shouldn’t be expelled.

Dear @vintananda I am so so sorry. As @CintaaOfficial a show-cause Notice will be sent to @aloknath first thing in the mrng, why he shudnt b expld. Unfortunately we’ve to follow the due process. I urge u to file a complaint against this vile creature, we extend u full support.

The lead actress Navneet Nishan of the show Tara has also given a statement and said that she suffered harassment for 4 years and it finally ended when she slapped Alok Nath.

We are shocked, aren’t you?

After Katrina Kaif & Parineeti, Arjun Kapoor Trolled Alia Bhatt For Posting This Pic On Instagram
Kapil Sharma And Sunil Grover May Finally Come Together For A Comedy Show. Fans Are Excited