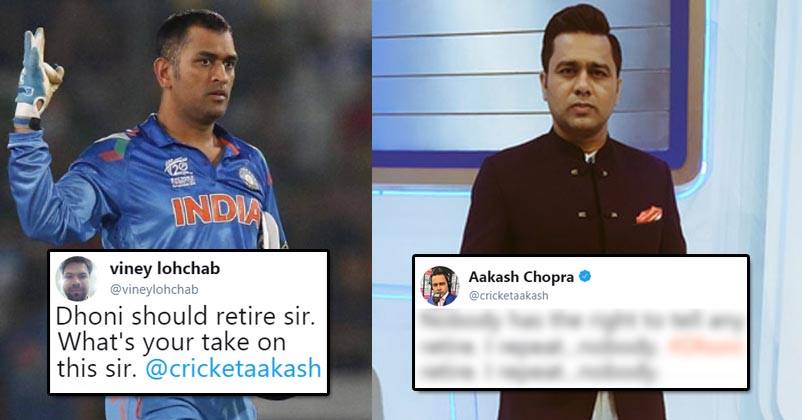 There has been a lot of noise lately around the performance of Dhoni as a batsman. While he has done wonders as a wicketkeeper, his performance as a batsman has gone through highs and lows. 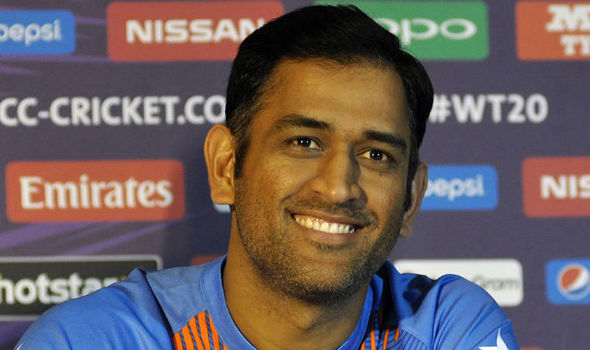 Now cricket is followed as a religion by people in India and if you are failing to perform well, people get really harsh. Everyone becomes an expert in this case and throws a suggestion to retire.

Mahendra Singh Dhoni who is running out of form is also facing some severe criticism these days. India won the latest ODI series against South Africa but he received a lot of flak for his batting.

The debate is hot and while Dhoni has his critics, he has got the supporters too. Earlier Virat Kohli had openly supported Dhoni and now he got it from former Indian Cricketer Aakash Chopra.

An Indian Cricket follower tweeted and asked him the question regarding Dhoni’s retirement. He tweeted-

Dhoni should retire sir. What’s your take on this sir. @cricketaakash

Dhoni should retire sir. What's your take on this sir. @cricketaakash

And he got the reply from Aakash. Here’s what Aakash said-

Nobody has the right to tell anyone when to retire. I repeat…nobody. #Dhoni

Nobody has the right to tell anyone when to retire. I repeat…nobody. #Dhoni https://t.co/iRQRkhjqHK

What are your thoughts on it? Do you support Dhoni or you too think that he should retire now?

Shikhar Dhawan Ran To Take Shamsi’s Catch But Hardik Pandya Stole The Show
CSK Showed Happiness That Big B Followed Them. RCB Trolled Them With This Reply