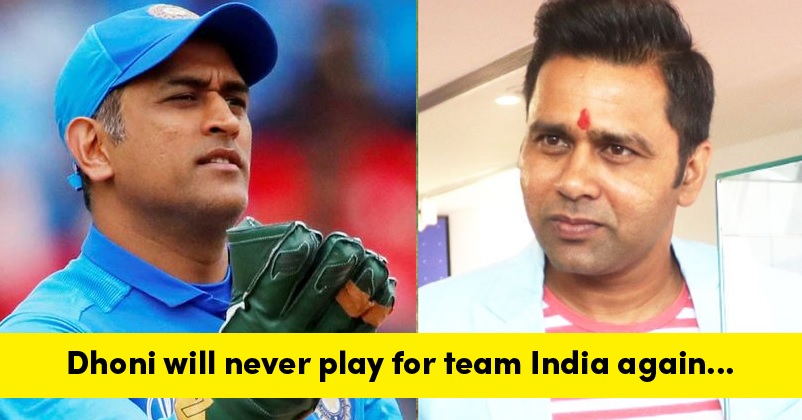 MS Dhoni, the former skipper of the Indian team, may have not spoken at all in regard to his comeback or retirement but a lot of discussion is taking place on this topic considering the fact that IPL 2020 is a gone case now after the lockdown has been increased till April 30.

The wicketkeeper-batsman has not played for India since the semi-final match of ICC World Cup 2019 in which India was defeated by New Zealand. Since then, Mahi has been spending time with his family and friends and has maintained silence in regard to what he has thought for his future. Many former cricketers have also expressed their opinion on this matter and majority of them think that Dhoni’s return in team India is impossible at the moment as he has not played cricket for almost a year now.

The head coach of the Indian cricket team, Ravi Shastri once said that Dhoni’s comeback in the Indian squad for T20 World Cup 2020 will depend on his performance in IPL 2020. However, now it seems that IPL 2020 is not going to take place as in all probability, the lockdown which was imposed till April 15 will get extended till April 30.

The cricketer turned commentator Aakash Chopra has also opened up on the matter of Dhoni’s return in the Indian squad and he feels that we won’t be able to see the Jharkhand cricketer in the Indian jersey. While talking to former Pakistani cricketer Ramiz Raja on YouTube, Aakash Chopra says that he feels MS Dhoni has made up mind of saying bye to international career as he has not played any cricket match for a very long period.

Aakash Chopra adds that Dhoni has not told anyone anything and he hasn’t announced his retirement but he may be playing in IPL. As per the commentator, Dhoni has remained unavailable for the selection and he won’t be joining team India again. Chopra also says that he thinks Dhoni has already taken the decision of calling it quit without a farewell match as he wants to walk away without making a noise. However, Aakash Chopra also adds that if someone like Sourav Ganguly, Ravi Shastri or Virat Kohli persuades MS Dhoni, he may play in the T20 World Cup which is going to be held in Australia.

Do you also agree with Aakash Chopra over Dhoni’s comeback? Let us know your views.

Ricky Ponting Calls Andrew Flintoff’s Over The Best, Twitter Reminds Him About Ishant Sharma’s Spell
Chahal Discloses Which Indian Cricketer He Will Not Want To Stay With In Lockdown