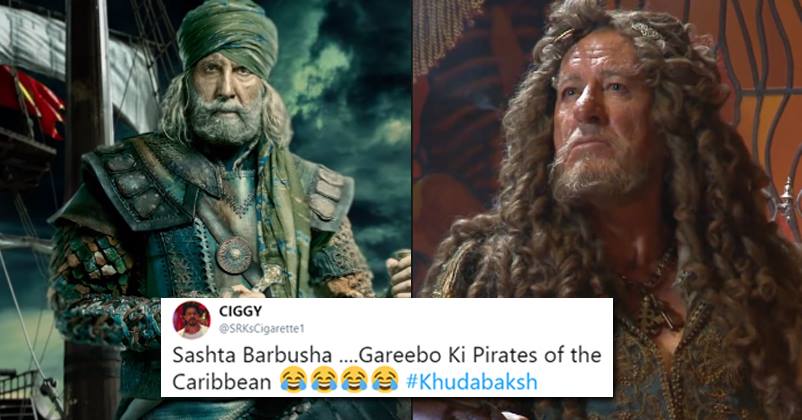 After releasing the first official logo of Thugs of Hindustan the maker of this film unveiled the first look of Amitabh Bachchan from the film.

Here is the Video

#ThugsOfHindostan#Khudabaksh .. why am i getting a feeling this movie looks a disaster to happen..

Pirated Version of Pirates of the Caribbean#Khudabaksh #TOH #Toh . pic.twitter.com/ileWjIrCGZ

The Thugs Of Hindustan also starring Aamir Khan, Katrina Kaif and Fatima Sana Shaikh in the lead role and the film is directed by Vijay Krishna Acharya.

Well, the trailer of the film Thugs Of Hindustan will be out on September 27 on Yash Chopra’s Birthday

BB 12: Sreesanth Threatens To Leave House After A Fight With Saba Khan. Watch Video
Story Of 4 Women In Anup Jalota’s Life : He Had Married 3 Times Before Dating Jasleen Matharu