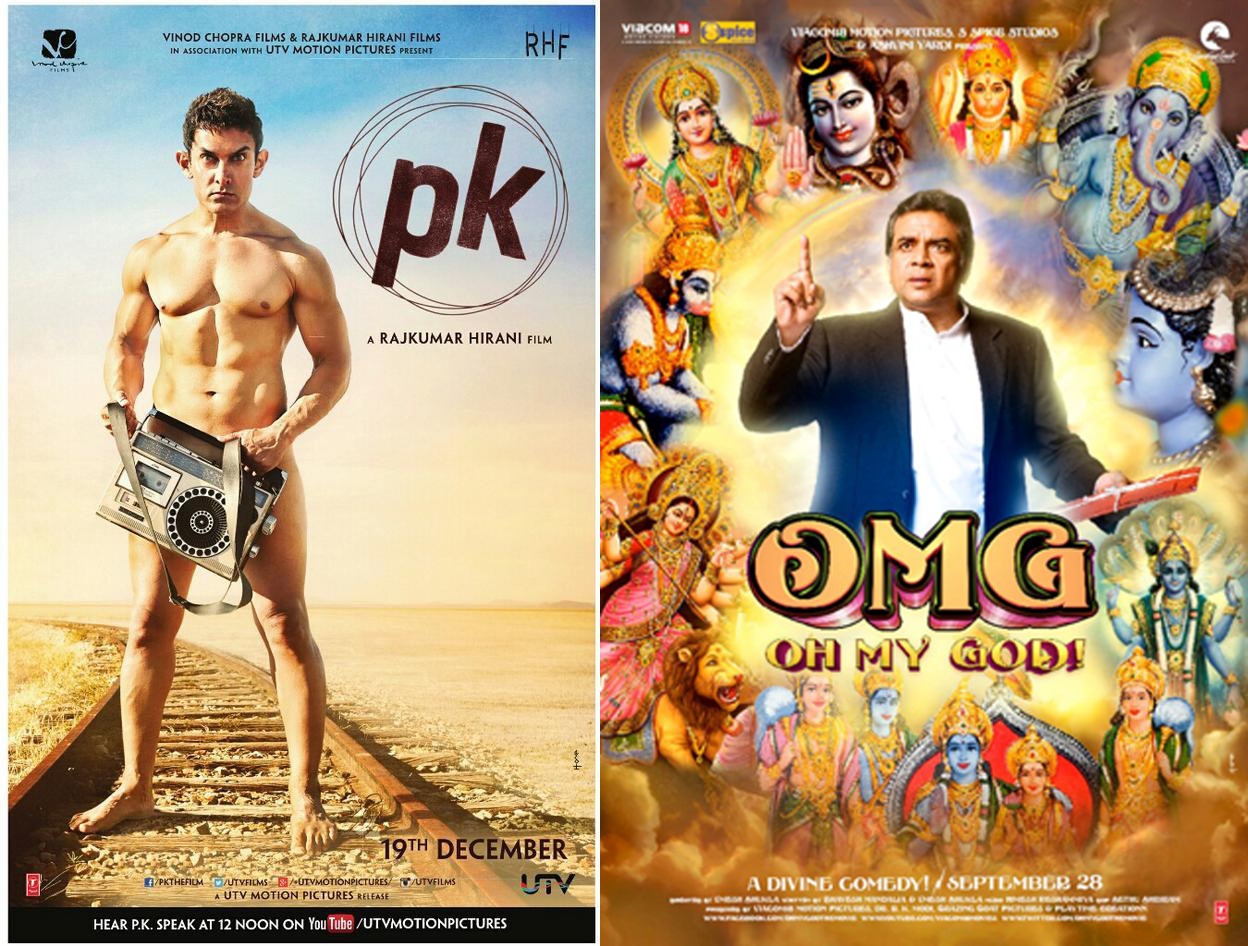 Aamir Khan and Anushka Sharma starrer PK released last Friday and turned out a be a great success in box office. The film managed to get more than 50 crores in just 2 days of its release.
After the release of PK, the Rajkumar Hirani directorial was being compared to Umesh Shukla’s Oh My God. Both the films seems to have a same storyline.
OMG saw Akshay Kumar and Paresh Rawal in the lead role.In OMG, it was Paresh Rawal who acted as a common man having his own views about god and religion and was against all the wrong things which was done in the name of god.
Same thing was seen in PK in which Aamir Khan acted as an alien who landed on earth and was shocked to see people’s blind faith in god and godmen.

When Rajkumar Hirani and Vidhu Vinod Chopra got to know that the storyline of OMG was similar to that of PK, the duo with Aamir went to Umesh Shukla, the director of OMG for discission.

If the sources are to be believed, Aamir and Hirani even offered Umesh Shukla Rs. 8 crore to stop the shooting of the film.

Here is what the source was quoted saying according to DNA—

OMG was still being shot then. Aamir, Rajkumar and Vidhu offered ₹8 crore to Umesh to stop shooting the film!

So, have you seen PK yet?? Did you liked the film?? Was it ok to pay Umesh to stop the shooting of OMG??