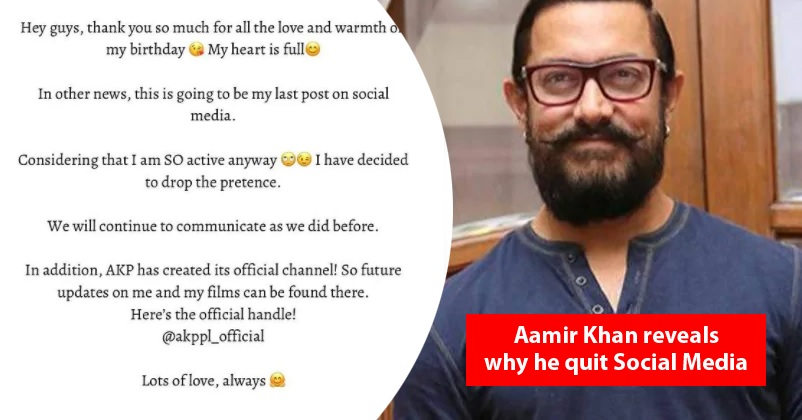 Social media is one of the best platforms for the celebs to keep in touch with their fans, however there have been times when some celebrities, especially from B-Town, have been trolled left and right by online users on certain issues. The perfectionist of Bollywood, Aamir Khan is one of those Bollywood actors who have received a lot of hate on social media and recently, he surprised everyone by announcing that he is quitting the social media networks. 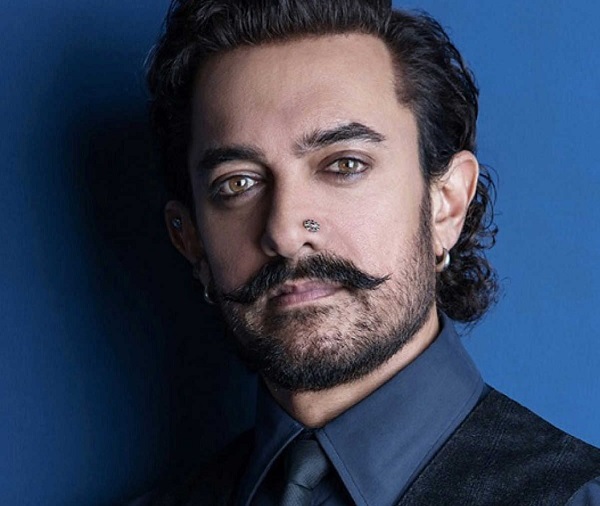 The “Dil Chahta Hai” star has turned 56 on Sunday and the very next day, after thanking his fans for the lovely wishes on his birthday, he writes that it is his last post and as he is not very active on social media, he is quitting from there. However, he adds that now his production company Aamir Khan Productions has its own official account and his fans will be able to find latest updates about him and his movies over there. After this message, Aamir Khan deleted his accounts on Twitter and Instagram. 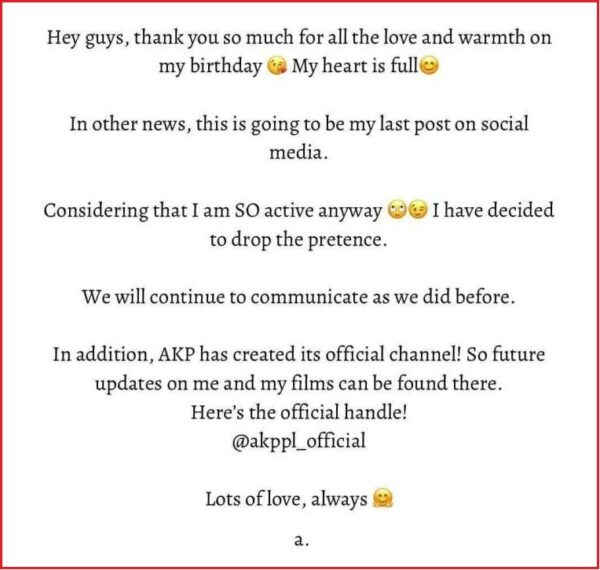 There were many speculations regarding Aamir Khan’s latest move but on Tuesday, he put all the speculations to rest while speaking to the mediapersons. He attended the screening of movie “Koi Jaane Na” and when he was asked as to why he quit social media, Aamir asked the mediapersons not to make their own theories and told them that he likes to live in his own world. He further said that anyway he was not much active on social media and didn’t post much there so he thought of quitting it. 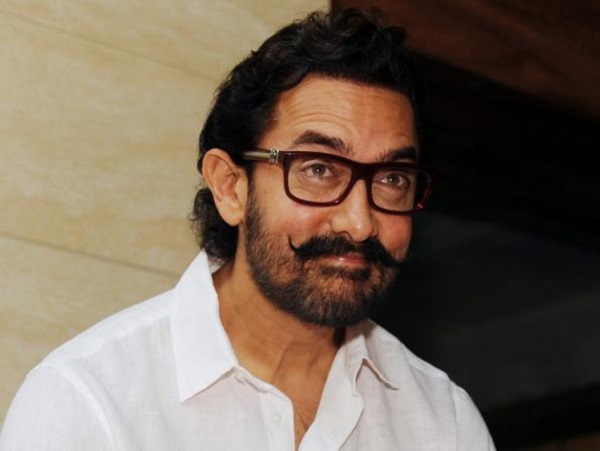 When a reporter questions whether he is saying goodbye to his fans, Aamir says that he is not bidding goodbye as he is here only and not going anywhere. He further stated that earlier also he used to communicate with his fans and adds that now the role of media will increase as he will communicate through media. In fact, he told the journo that mediapersons should be happy now and he has full faith in their capabilities.

Directed by Amin Hajee, “Koi Jaane Na” is all set to release on 26th March 2021 and stars Kunal Kapoor and Amyra Dastur in important roles whereas Aamir Khan is seen in a song of the movie with Elli Avram. Aamir’s last released movie was “Thugs of Hindostan” which was a disaster on the box-office while his next release will be “Laal Singh Chaddha” which is based on Hollywood movie “Forrest Gump” and also stars Kareena Kapoor Khan.