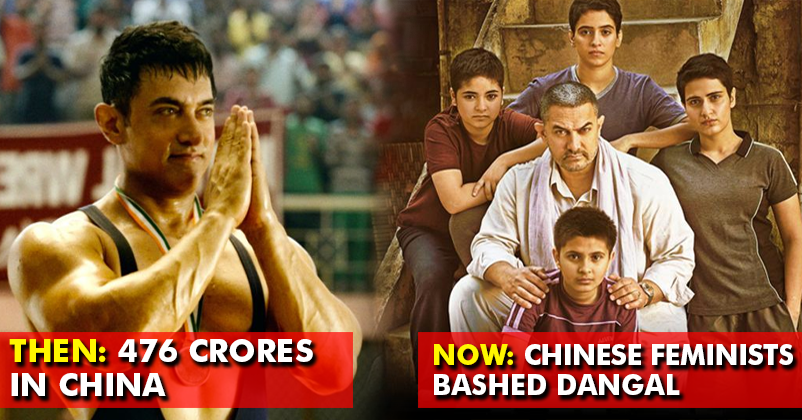 Aamir Khan starrer “Dangal” has not only performed superbly at the Indian box-office but also made an emotional connect with audiences, as it was a true story of two female wrestlers and their father who went against the wishes of society to train them and make them wrestlers.

The movie did a good business at the Chinese box-office also and here’s what Xinhua, the official news agency, stated in a report on Wednesday, The report published in Xinhua also talked about the reasons behind Dangal’s overwhelming success in China, as it wrote,

“The well-written storyline and excellent acting, the ideas of breaking gender roles and reforming education inspired by the film have struck a chord with many Chinese parents.”

On the same day, ChinaFilmInsider also published a report which read,

“India’s Dangal crushes Hollywood heavyweight, Guardians of the Galaxy Vol 2. Dangal now joins the ranks of Zootopia, Hacksaw Ridge and A Dog’s Purpose as part of a select list of imported films that bucked the normal box office trajectory and found growing audience demand into the second and third weeks of their release.”

However, Dangal has also started an online debate in China, on the situation of feminism in the country, especially when the feminists are termed as radical as far as their approach on many issues is concerned.

Ironically, the reasons which Xinhua has held responsible for the success of the flick, some people are slamming the film for the same reasons. This is what a viewer told Global Times,

“The father’s values make me vomit; he forces his daughters to live a certain type of life with his dream, with money and becoming a champion. You think the movie is about breaking gender stereotypes, but actually it’s knee-deep in prejudice.”

Another viewer is of the opinion that what the movie shows is patriarchy and male chauvinism, “The movie reeks of patriarchy and male chauvinism. The daughters didn’t have any freedom to choose and were raised ferociously by their father to be world champions. The ‘correct result’ in the championship justifies the father’s education.”

In simple words, few are angry with the fact that the girls didn’t have the freedom of making choices in their lives and their father made every decision for them, the biggest one was their entry in the sport of wrestling.

On the other hand, there were many who appreciated the movie for setting up an example in breaking the gender stereotypes and praised the character played by Aamir for teaching his daughters to be brave and independent. A reviewer for Dushe Dianying, a very famous app among the youth, stated,

“I’m not saying that women should not fight for their rights, I’m saying feminist slogans that overlook cultural and social contexts and reality can be a type of hijacking. When words are tied to ‘isms’ their meanings.”

The director at Guangzhou Gender and Sexuality Education Centre, Wei Tingting, gave a clearer view of the picture as she said that very small percentage of posts on movie Dangal were, “critical feminist comments, they were often met with long diatribes.” As per Wei Tingting,

“Women who want more gender equality are anxious about defending their own rights and therefore apply feminism to every issue, while some men feel challenged by women’s rising status and attack feminism.”

Well, there may be a difference of opinions on what norms the film is based upon; however, one thing is sure that the clear winner in this debate is the movie only.