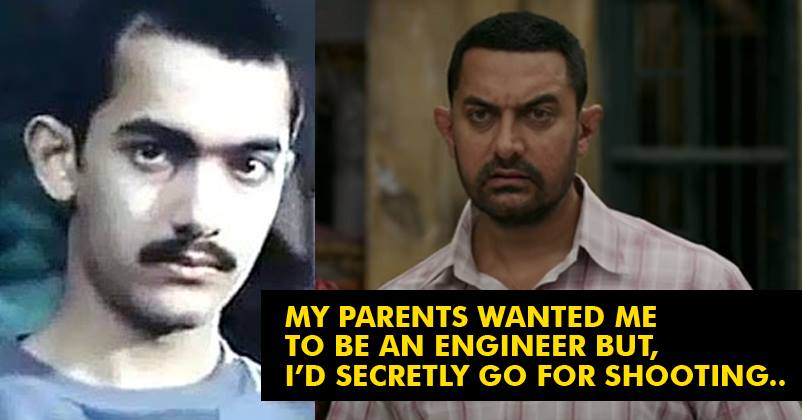 Aamir Khan is without any doubt, one of the finest and sublime actors our Bollywood Industry has ever witnessed. It is he, who gave the youth of this generation a new perception towards life through his movies like ‘RANG DE BASANTI’ and ‘DIL CHAHTA HAI’. And it was he who came back to reform the society’s mindset by the movie like ‘3 IDIOTS’ where everyone seemed to run after engineering for no reason. His iconic dialogues on the mantra of success gave a hope and inspiration to the millions of engineering students and its aspirants to work and follow their passion. But none of us hardly know that this very particular man was once asked to join ENGINEERING instead of going into this filmmaking industry. Aamir Khan recently opened up about his childhood journey to become a superstar in a panel discussion at the 18th Jio MAMI Mumbai International Film Festival. It was surprising for the participants as well as for the listeners to digest the fact the fact that Aamir Khan who is the son of great Bollywood director Tahir Hussain and nephew of filmmaker Nasir Husain, was once asked to stay away from the Bollywood. Aamir Khan revealed that despite being from a film family, his folks were against the idea of him joining Bollywood as they found it volatile. His father, being a filmmaker himself was asking him to not to join Bollywood. Quite strange.

His uncle, father and mother considered the filmmaking profession as a very volatile profession where in one instance you could be flying up with the stardom while within a blink of an eye you could be crashing down on your face on the very next moment. His parents wanted him to pursue something more stable like engineering or doctor or chartered accountant.

Aamir Khan was quick to admit that he wouldn’t have managed to do any of these things other than film making. But his parents didn’t want him to go through the uncertainties and the traumas of the volatile business of film making. However, he listened to his passion and pursued a course at Film and Television Institute of India (FTII). Throughout his life, he was very conscious of certain things. He made sure that his uncle and his father would never feel the responsibility to launch him in Bollywood like how many actors are nowadays doing. He never wanted to be a burden for them. He did various short films but without coming into the notice of his family members.

It is always important for us to pursue our dreams and passion no matter how hard and difficult are the circumstances. At the end of the day, nothing beats the satisfaction of following your dreams.

These 9 Dr. Mashoor Gulati Jokes Are Guaranteed To Make You Go ROFL Anywhere & Anytime!
Mumbai Mirror Calls Sonu Nigam A “Mehfil Singer”! He Took To Twitter & Lashed Out At Them….