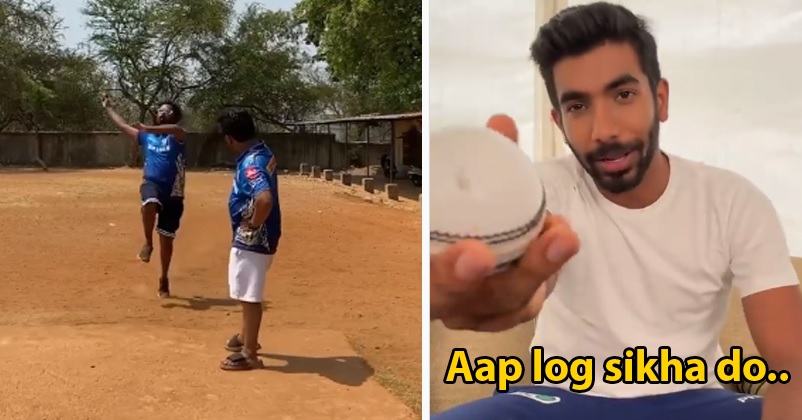 The Indian pacer Jasprit Bumrah will certainly play a big role if Mumbai Indians has to win the IPL title sixth time; however in the first two matches of the franchise, Bumrah hasn’t been able to make much impact. In the first match of MI against Royal Challengers Bangalore, Bumrah took 2 wickets but in the second match against Sunrisers Hyderabad, he was unable to dismiss any batsman. 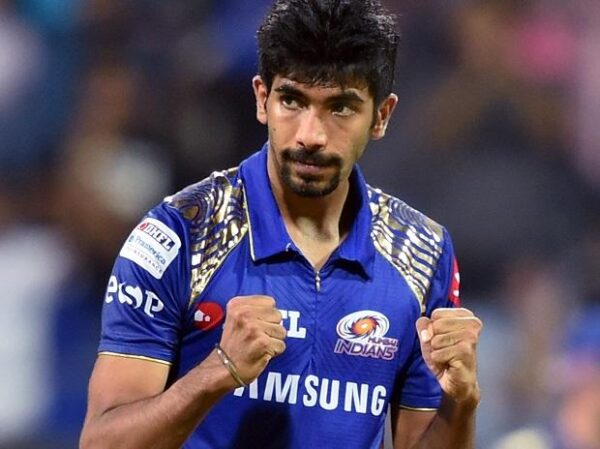 Jasprit Bumrah made his debut for India in the shorter formats in the year 2016 and in the test matches in 2018 and since then, he has become an integral part of the Indian bowling line-up. He is being termed as one of the best pacers of the present times because of his wicket-taking ability and ability to bowl Yorkers and slow deliveries. However, there is one more thing for which Jasprit Bumrah is pretty famous and that is his unusual bowling action.

As Bumrah has a large fan base, many of his fans try to copy his action and in a video which has been posted by the Mumbai franchise, two fans are seen fighting over the bowling action of Jasprit Bumrah. Just then, Bumrah comes on the screen and asks the fans to teach him how to bowl by saying, “Aap log sikha do”.

Jasprit Bumrah also celebrated his one month marriage anniversary with Sanjana Ganesan on April 15 by posting a beautiful post on his Instagram account with the caption, “One month of love, belly laughs, silly jokes, long conversations, and peace. One month of being married to my best friend.”

On Bumrah’s post, Sanjana also left a lovely message, “I cannot wait to see you”.

On this special occasion, Sanjana Ganesan also took to her official Instagram account and posted a photo in which the couple can be seen cutting a cake. She captioned the post as, “Missing the husband and that cake a little extra today.”

Mumbai Indians will be playing their next match against Sunrisers Hyderabad tomorrow (17th April 2021).

Sania Mirza’s Father Slams SRH For Not Having Local Players, Takes A Dig At Them Over Losses
Michael Vaughan Slams BCCI For Not Promoting Ravindra Jadeja In “A+” Category In Annual Contract