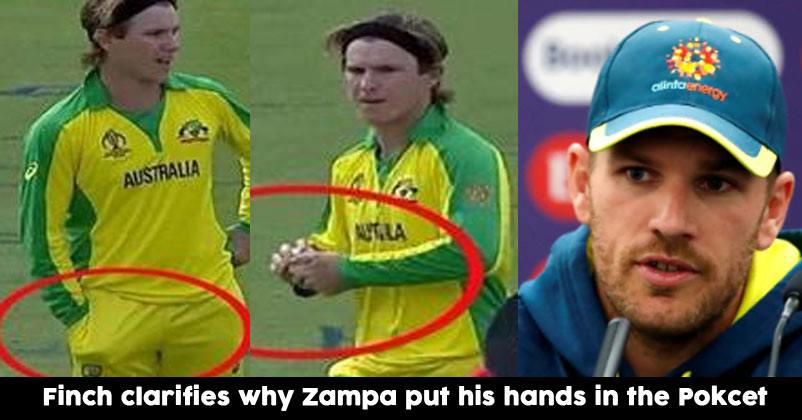 Australian leg-spinner Adam Zampa was caught on camera rubbing something on the ball before his every delivery in the match against India. His suspicious activities raised millions of eyebrows and hundreds of questions. Indian fans were accusing Australia of ball tampering again and slamming Zampa on social media.

Zampa was seen taking something white from his pocket and rubbing on the ball. His act is caught on live Television and went viral on various social media platforms.

After the match, Australia cricket team captain Aaron Finch cleared the air on rumors about ball tampering. He revealed that Zampa had hand warmers in his pocket which he carries in all his matches.

He said that he hasn’t seen the photos but he knows that he had hand warmers in his pocket. Zampa carries it in every match, Finch added.

Australian cricket players are already infamous for ball tampering scandal which happened in 2018. During the third test match against South Africa in Cape Town, Cameron Bancroft was caught on camera tampering the ball. He was roughing up one side of the ball with the sandpaper trying to make it swing in flight. Captain Steve Smith and vice-captain David Warner were also found to be guilty.

Bancroft was banned for nine months while Smith and Warner were banned for a whole year after the incident.