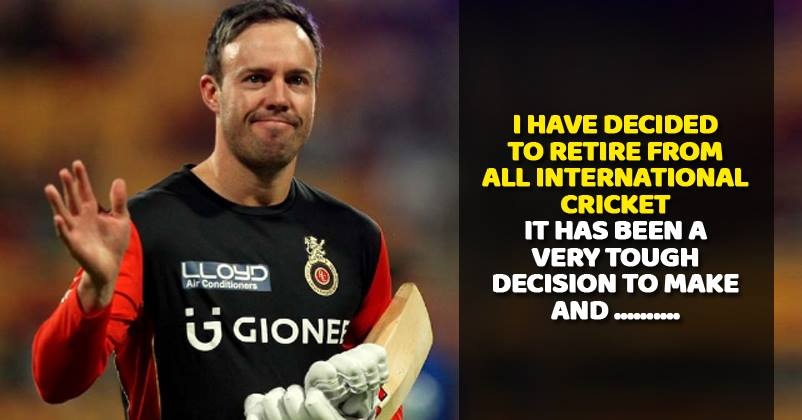 AB de Villiers, the South African batsman has announced retirement from all forms of cricket; he suddenly announced his decision today & it’s happening with immediate effect.

He performed really well in 14 years of his career and now, he feels that it’s the right time to put an end to it. 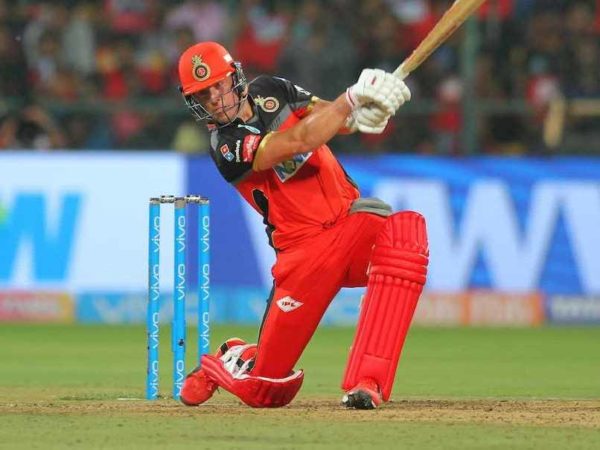 “I have decided to retire from all International Cricket
It has been a very tough decision to make and I’ve thought long and hard about it but I believe it is my time to step down. A huge thank you to my team mates, Cricket South Africa and all the supporters who have been behind me both in SA and around the world.”

Here’s his International career at a glance;

He was just 3 centuries away from his 50 century mark and just 423 runs away from 10,000 international runs in ODI matches.

We are sad that such a good player is retiring. He thanks all the Cricket fans for supporting him and being by his side always.

Click here to watch the video in which he speaks about his retirement.

We wish him all the best for his career ahead. May he be happy in all phases of life.

Continue Reading
You may also like...
Related Topics:ABD, Retirement