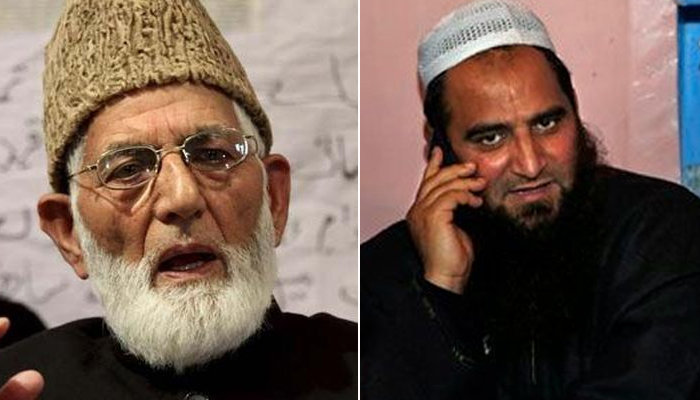 The separatist rally that was supposed to be held today at Tral in J&K has been said to be not allowed by the police. Syed Ali Shah Gilani, Hardline Hurriyat Conference leader, is the one who initiated the rally against the murder of two people named Younis Ganai and Khalid Muzzafar Wani.

Mufti Mohammed Sayeed, the J&K Chief Minister has strictly ordered the police not to grant permission to it. According to an officer, “Geelani has been placed under house arrest. A posse of policemen has been deployed outside the chairman’s house at Hyderpora as a preventive measure to maintain law and order.” Masarat Alam, a separatist leader, has also met with the same fate.

The action taken by the Government however, is not looked upon by the Hurriyat members as a good move by the chief minister. In the words of a Hurriyat speaker, “The huge deployment of police personnel has been made around the residence of Geelani sahib and a police vehicle stands blocking the main entrance gate. These actions further expose the fake pro-Kashmir stance of Mufti Sayeed.”

Speaking of Masarat Alam Bhat who raised Pakistani flag in a rally on Wednesday, the CM said the law will continue along its own path. Rajnath Singh who seemed to be concerned about this incident has asked Sayeed for taking actions against the crime doer.

Alam on the other hand refused to accept the allegation brought against him about raising Pakistani flag. Javeed Geelani, IG of Kashmir, said, “Alam has not been arrested so far”.

BJP in J&K made a demand of arresting Geelani and Alam at once owing to anti-India slogans being raised at Srinagar rally.

As stated by Sunil Sethi, J-K BJP chief speaker, “We have conveyed to our coalition partner especially to the chief minister who holds the home ministry that we are not satisfied with mere registration of the FIR against Masarat Alam and Syed Ali Shah Geelani for their anti-national activities, we want their immediate arrest.”

He further added, “As long as this man is out of jail, he continues to be a threat to national security. BJP is of the view that this man should be behind bars.”

Pakistan has regretted to the FIR against Geelani stating that Pakistani flags waving along the streets of Srinagar symbolizes the intense emotional bond between the Pakistanis and Kashmiris.

This Mother Threw Her 5 Day Old Daughter From 1st Floor, The Most Pathetic News Of The Day
Parents Preserves The Dead Body Of Their Daughter, So That One Day She Defeats Death & Come Back