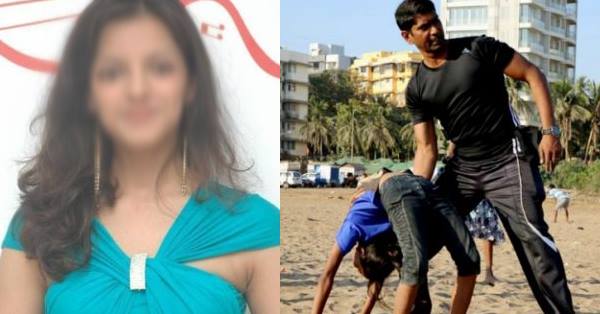 One bad incident in a person’s life can bring a change in not only his/her life but can also drastically affect many other lives.

The cute actress Ishita Sharma from Dil Dosti Etc. was once chased by a group of bikers. “I was driving in Shastri Nagar, Andheri, at 10.30 pm one night when I spotted a bunch of boys following me on bikes. Slowing down and speeding up, and staring didn’t help,” she told. The actress added, “It was finally when I rolled down the window and shouted that they scooted. I learnt that we need courage, to stand up and make some noise!” That time she was getting trained in martial art Kung Fu by her coach Alex Fernandes who owns the Life Institute of Tai Chi, Martial Arts and Healing Research Centre.

After the awful incident, she decided to arrange for free martial art classes for poor kids at Versova beach and for this noble mission, her coach supported her. Both of them went to meet the municipal school authorities and parents for motivating kids to attend their free Kung Fu classes; however the response was very negative. This is what the actress told, “The classes were to start on January 16, but no one turned up. We then returned to the schools and had the teachers speak to the kids asking them to try a class.” Even parents were not very much interested in sending their kids to classes and it was then that they decided to go to children directly and ask them “Fighting Seekhega?” And this time, the response was great!

Here are the details of free training campaign named #MukkaMaar – What a great initiative!

KRK Tweeted About Bipasha’s Hubby Karan & This Time, You’ll Agree With Him
These Pics Of John Abraham’s Sea-Side Villa Can Turn Anyone Green With Envy! Truly Spectacular!