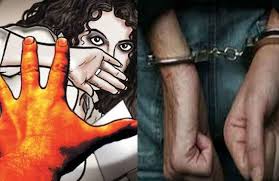 The incident took place in Odisha Hostel where a student of class VI delivered a baby on February 4 and consequently, two teachers got arrested. Here we are talking of Odisha’s tribal welfare school whose hostel superintendent together with the school’s headmaster got arrested by the police, as they failed to fulfill their responsibility by making the administration unaware or ignorant with regard to the matter. Not only this, they also attempted to cover up the incident.

It is worth considering that the tribal victim studied in Umuri Ashram School in Jeypore, 500 kilometers from the city of Bhubaneswar. The residential school is owned by state and meant to educate SC and ST children. As soon as the news of delivery reached the authorities, they immediately took action by leaving the miserable mother and baby to her parents in Upperkendi. Subsequently, when the district administration got its information, Jeypore police was reported of the happening by welfare extension officer. After conducting initial inquiry and inspection, Sabita Guru and Kailash Verma, hostel superintendent and headmaster respectively, were arrested. In the last fortnight, it has been the state’s second incident of its type, first being the misfortune happened with a girl of class X.

New York Times is looking forward for Narendra Modi, expecting him to put an end to “Dangerous Silence”
3 MLAs Who Made BJP Proud – Even Tata Nano Has More Seats :P