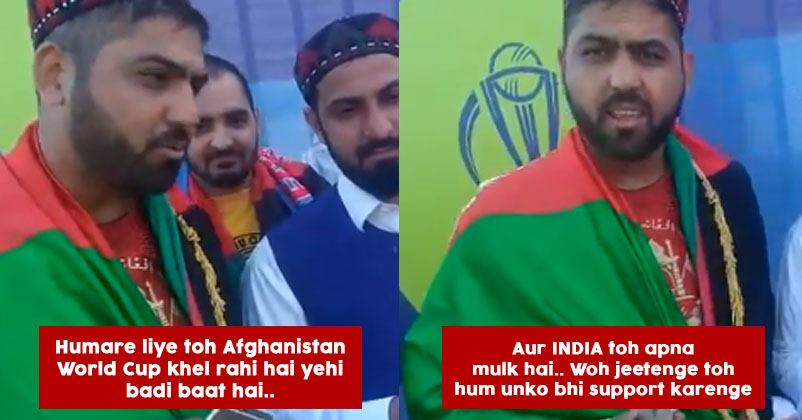 India and Afghanistan’s friendship is something that is known to everyone and since BCCI was one of the first cricket boards to invest in Afghanistan Cricket board, there is no doubt about the beautiful relationship between them.

Since Team India and Afghanistan are playing against each other today, there’s an excitement of its own kind between the fans of both sides. DD News had an interaction with Afghanistan fans today and asked them about their feelings ahead of the match.

The fans have indeed won the hearts of many Indians with their beautiful reply. A fan said that we think of India as our own country and the team like our own team. He then said that whoever wins will be their win. 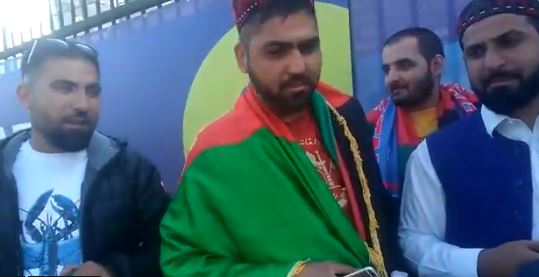 The fans also added that the biggest achievement is that Afghanistan is playing this world cup and wins/losses are just a part of the game. Watch the video below:

We support Afghanistan but India is also our own: Afghan fans tell #DDNews ahead of the #INDvAFG match #ICCWorldCup2019 pic.twitter.com/F1o9JF6oRM

Well, all we have is the respect for the words of Afghanistan fans and the beautiful hearts they have.

Continue Reading
You may also like...
Related Topics:afghanistan, India