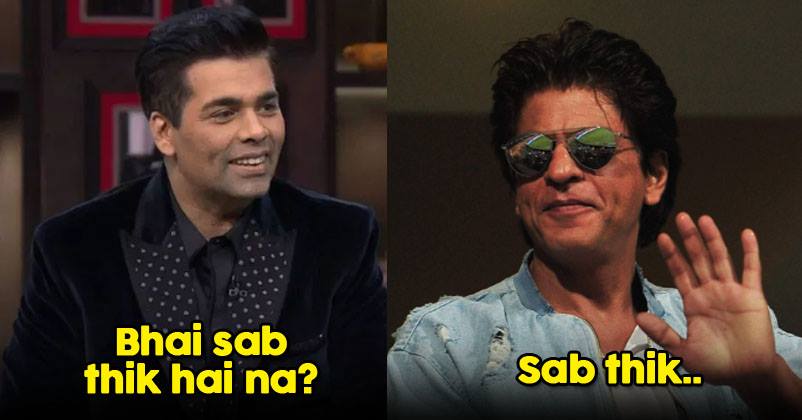 Karan Johar is one of the favourites of social media trollers as they love to make comments on his dressing style, movies, talk show and almost anything and everything that he does. A lot was said about him on social media in recent times and he was criticised too for liking a tweet that was not made in a good taste for his friend SRK. But it appears that all is well between KJo and Shah Rukh now and the latest photo shared by Karan is the proof.

Lately when both the friends met at an awards function, they clicked an adorable selfie, confirming that everything is fine between them.

Here is the pic in which you can also see Ranbir Kapoor and Ranveer Singh: 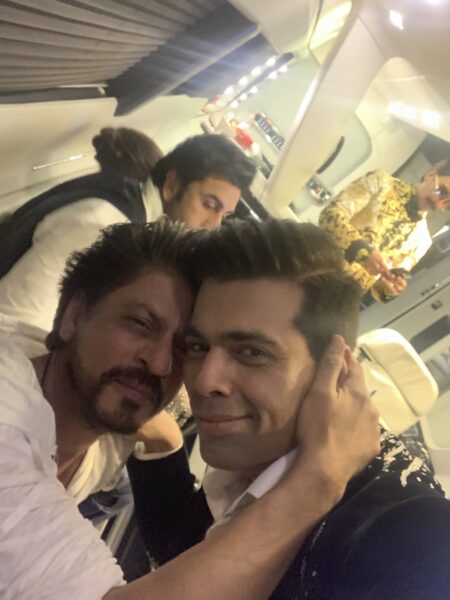 Karan shared it with caption, “The LIKE that Is LOVE!!!!!”

If you don’t know, #ShameOnKaranJohar was trending on the micro-blogging site Twitter a couple of days ago as KJo liked a tweet which was made by a fan of Akshay Kumar and offensive language was used for Shah Rukh Khan. The tweet talked about the brilliant opening that Akshay’s movie “Kesari” got and he compared it with SRK’s flicks while taking a jibe at his s*xual orientation. 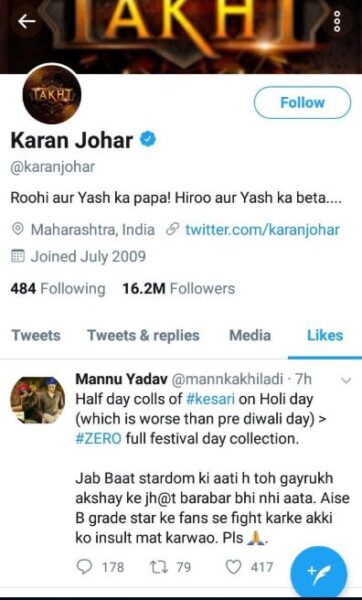 After KJo liked the tweet, the fans of Shah Rukh started slamming him for backstabbing the King of Romance, saying as to how he could like such a tweet when SRK considers him as a family member.

However later on, Karan issued a clarification on Twitter as he wrote that there was some technical problem with his account and it was acting strange. He also apologised for any inconvenience caused.

Guys having a technical problem with my twitter account! Strange things are going on!from uploading shoe picture and gibberish to liking tweets I haven’t even read and would NEVER even acknowledge! Please bear with me and I apologise for any inconvenience! Sorting it out asap!

Shah Rukh and Karan Johar have been good friends for years now and as the producer-director gave the clarification, the superstar came to support him, saying that he hates clarifications on SM. SRK also seemed to be in a quite witty mood as he stated that KJo might be technologically challenged but he has good qualities such as his choices in clothes. He also asked people to make love and not war.

I hate clarifications on SM. @karanjohar is technologically challenged but has other good qualities like his taste in clothes!?Just like Life, twitter doesn’t come with instructions, so mistakes r natural….& also he has fat fingers. Go easy all, Make Lov not War…it’s more fun

Kangana Ranaut Is Charging This Whopping Amount To Play Jayalalithaa In Her Biopic
Uday Chopra Makes A Big Confession That He Is Not Okay. Later Deletes His Tweets