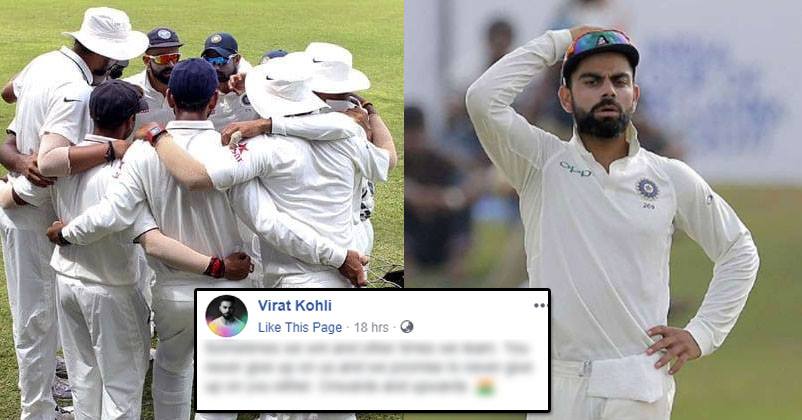 The Indian cricket team is feeling the heat as they are on the receiving end after defeat in the second test match against England at Lord’s. The Indian captain Virat Kohli took to social media site Facebook and requested fans not to give up on him and his team as they will also not give up on them either.

This is for the first time that the Indian team has got defeated by an innings under the captaincy of Virat Kohli. The Indian skipper may have fought bravely in the Edgbaston test match but he was also struggling in the Lord’s test match along with his teammates. The two defeats have already made it difficult for team India to win the series and Virat Kohli has also lost the top position in the Indian rankings.

However, cricket is a game of uncertainties and anything can happen, so we can’t deny chances of the Indian team making a comeback and performing well in the remaining three matches of the series. 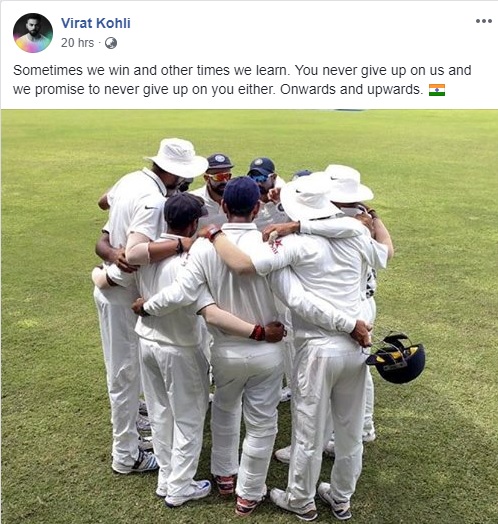 After Kohli made the emotional and passionate appeal, fans also came out in huge numbers to support him and make him believe that they will always support him and the team. Check out some selected comments:

Will team India be able to make a comeback or are they going to lose the series? What do you think?

John Cena Posted Pics Of Kapil Sharma, Sachin & Daler Mehndi On Instagram Without Any Caption. Why?
Troller Asked Sania “Are You Celebrating Independence Day Today?”. She Destroyed Him Like A Boss