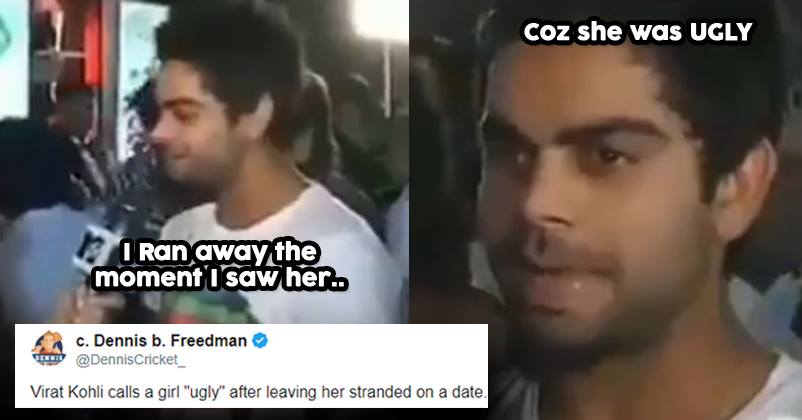 After the scathing episode on Koffee With Karan, it is no secret the outrage that the statements made by Hardik Pandya and KL Rahul received.

The two boys were downright misogynistic, racist and their comments were derogatory in every possible way. As a result, they were suspended by the BCCI. 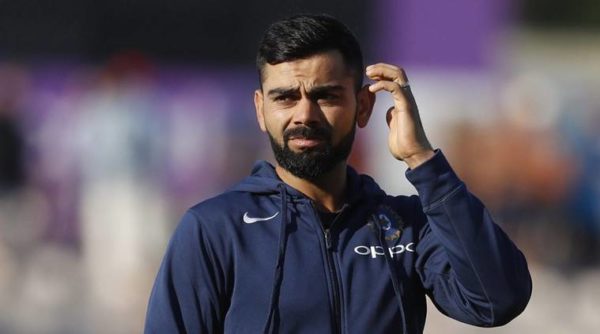 But an Australian journalist by the name of Dennis Freedman reportedly has a grudge against Virat, and is ready to go to any length to mock him.

In light of this controversy, Freedman has shared an old video of Virat Kohli where he is seen speaking to a female reporter. He tells the reporter that he once rejected a girl because she was ugly. The date did not last even 5 minutes because the girl he was with was not attractive.

Virat Kohli calls a girl "ugly" after leaving her stranded on a date.

While there is not much wrong with the statement, by the candor that Virat shows in the statement, we’re guessing this is from when he was in the Under 19 team.

So he said she was just like other billion people of India?

Oye gore, you don't know Hindi. He is saying that she was 'ugli' (which means next). Chal bhaag bc.

Ohh come on. Don't dig everything now. You're just jealous of his stardom and wealth.

Really!! How old is the video, put into some context of what was happening!! No problem!! pic.twitter.com/U4OSCMbvOA

The one who dug up this video is a scoundrel. He couldn't have been politically correct at 19.

Shikhar Dhawan, Dhoni And Kedar Jadhav Take A Dig At Hardik Pandya. Are They Saying They Would Rather Drink Tea Than Coffee?
Sreesanth Spoke Up On Hardik Pandya Controversy & You Might Agree With Him