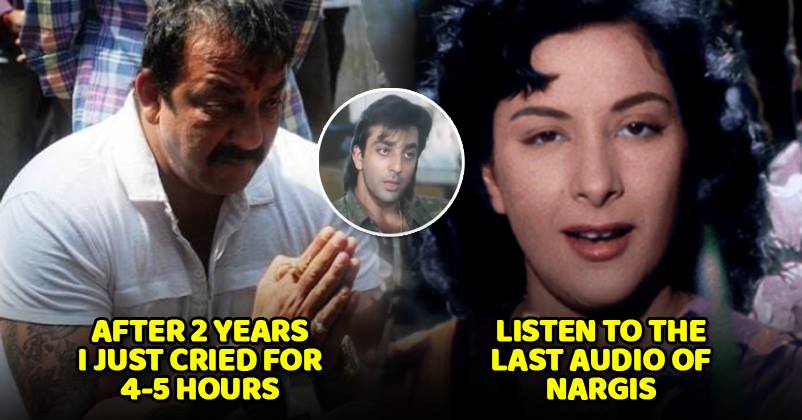 Sanjay Dutt’s biopic “Sanju” starring Ranbir Kapoor in the titular role is being loved and appreciated by audiences, thanks to power-packed performances and magnificent direction by Rajkumar Hirani. Various chapters of the actor’s life are shown brilliantly in the flick.

It was in the year 1981 that 51 years old Nargis bid adieu to the world due to pancreatic cancer and this was what pushed Sanju towards drugs. It was her last message to Sanju that played an important role in making the actor come to terms with the demise of Nargis who left the world just three days before his Bollywood debut. 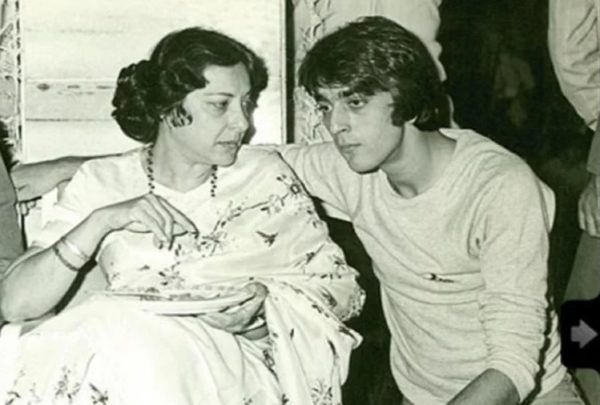 In the video, Sanjay can be seen saying,

“When my mother breathed her last I did not cry, I had not emotions.”

However after two years when he was sitting in a group, a guy suddenly played the recording of his mother’s final message to Sanjay from the hospital in New York where she was breathing her last. After hearing the audio message, he burst into tears and cried for hours.

As per Sanjay Dutt,

“I heard my mother’s voice when she was at a NY hospital telling me things, how much she loved me, how much she cared for me and I cried for four-five hours.”

Here’s what Nargis said in her message to Sanju,

“More than anything, Sanju, keep your humility. Keep your character. Never show off. Always be humble and always respect the elders. That is the thing that is going to take you far, and that is going to give you strength in your work.” 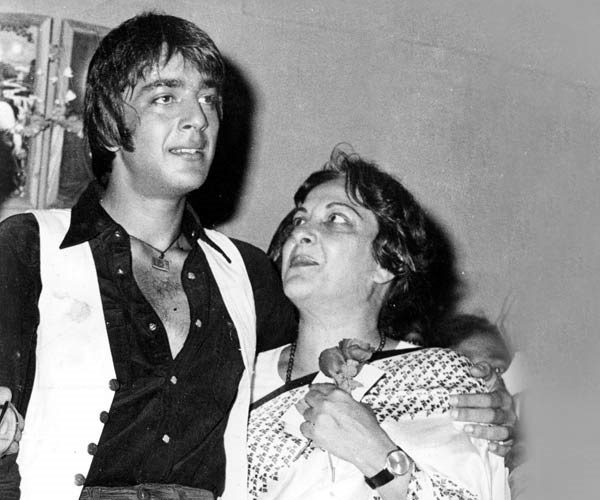 Here’s the video in which you can listen to Nargis’ final message for Sanjay Dutt:

The final message of Sanjay’s mother has been used as a vital plot device in “Sanju”, showing that the actor was so much addicted to drugs that he was emotionless even after his mother passed away.

After years when father Sunil played Nargis’ final recording to Sanju, he made up mind of fighting his addiction. However, the maker took creative liberty while making the biopic and the message had been entirely a different one.

Ranveer Singh’s Beast Look For Simmba Will Make Girls Go Crazy. Deepika Will Be So Proud Of Her
Priyanka Chopra Finally Breaks Silence About Her Relationship With Nick Jonas